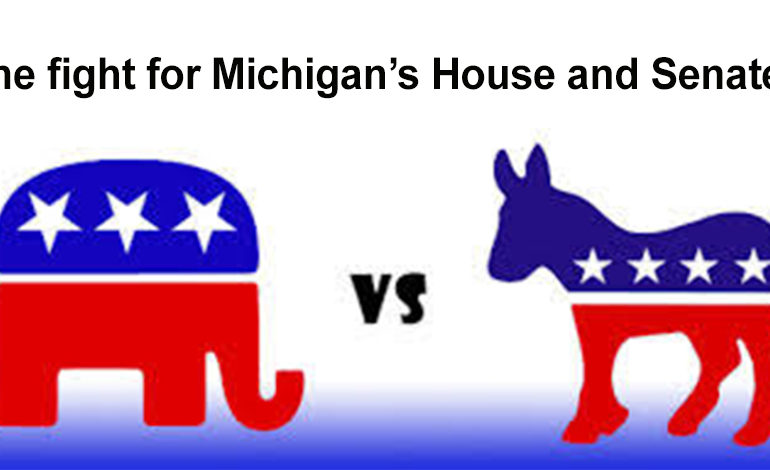 The fight for Michigan's House and Senate

LANSING — Michigan Republicans will retain majorities in the Michigan House and Senate despite losing seats to Democrats in Tuesday’s election, stopping a blue wave that swept the state’s highest offices and setting the stage for a divided government that will be led by Democratic Governor-elect Gretchen Whitmer.

Democrats fell short of the nine seats needed to flip the State House. Republicans lost six of their own seats, but unexpectedly flipped a Democratic seat in the Upper Peninsula. State Senate make up now and starting in January 2019. Photo by The AANews

Republicans have controlled the Senate since 1984 and the House since 2010. Michigan’s House of Representatives now and in 2019.

In the House, the Democrats picked up several seats in Metro Detroit.

In Oakland County, Democrats who won seats held by term-limited Republicans included Mari Manoogian of Birmingham in the 40th District and Padma Kuppa of Troy in the 41st District.

Republicans flipped an open seat in the 110th District, where Gregory Markkanen of Hancock upset Democrat Ken Summers of Baraga.

Republicans have had full control of state government in both legislative Houses and the offices of governor, secretary of state and attorney general since the 2010 midterms, when Rick Snyder won the governor’s race by more than 18 percentage points and helped his fellow Republicans pick up 21 seats to flip the House. The majority controlled the redistricting process in 2011 and drew the current political boundaries.

Democrats last flipped the Michigan House in 2006, picking up eight seats when Democratic then-Gov. Jennifer Granholm won re-election over GOP businessman Dick DeVos by 14 points. Democrats won another nine seats in the 2008, when President Obama won the state by 16 points before his party suffered big losses in the 2010 midterms.