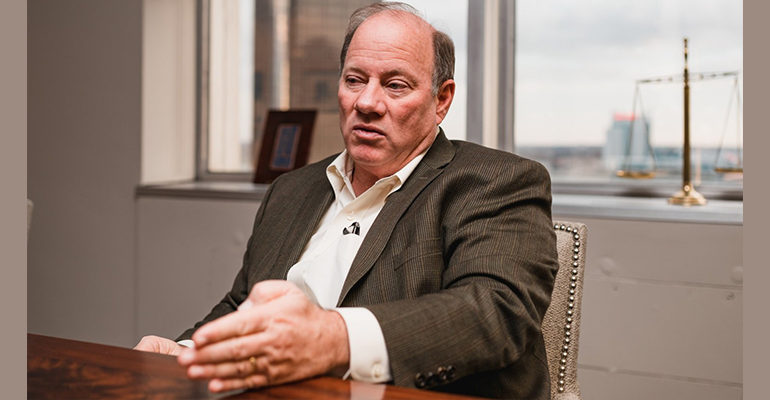 DETROIT — Mayor Mike Duggan released a statement after allegations emerged that he is having an affair and cheating on his wife of 32-years, Lori Maher.

The allegations were made after Detroit businessman Robert Carmack hired a private investigator to follow Duggan over the last few months.

The full statement from mayor Mike Duggan’s office can be read here:

“A litigant, angry to be losing a case to the Detroit Law Department, apparently decided to retaliate by hiring private investigators to follow the mayor without his knowledge for several months. And in the end, their surveillance failed to uncover a single misdeed in the management of the city.

“If that terrible invasion of privacy weren’t enough, it got worse. This same angry litigant then took individual videos of cars driving, spliced them together and added assumptions and insinuations, all so he could create a negative judgment on the state of our marriage.

“We decided to write this statement together because we are proud of the marriage we’ve built over 32 years, proud that our bond today remains strong and proud of our goal to spend the rest of our lives together.

When you elect a public official you have every right to pass judgment on their performance in office. But you don’t get the right to pry into their personal lives or demand information on their marriage. At least that’s how we feel and why we don’t answer questions about ours.”