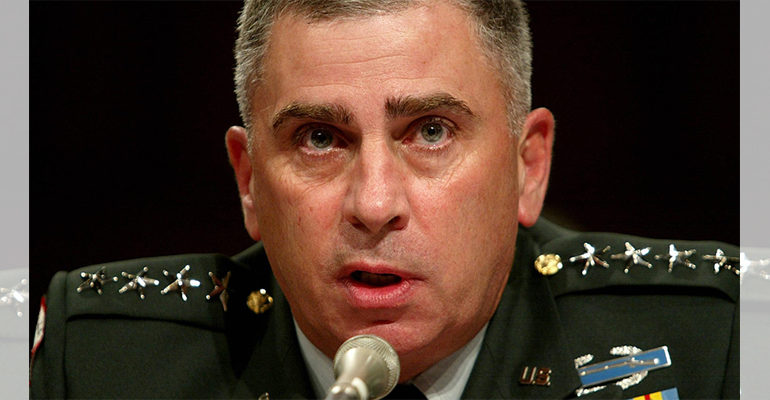 WASHINGTON — President Trump announced his intention to nominate retired general John Abizaid as U.S. ambassador to Saudi Arabia, after two years of the position being vacant.

The nomination of  Abizaid, a decorated military commander who fought in six wars and served as the head of Central Command before retiring in 2007, was announced by the White House late on Tuesday. He currently serves as the first Annenberg distinguished visiting fellow at the Hoover Institution at Stanford University.

“General Abizaid began his career in the U.S. Army as an infantry platoon leader and rose to become a four-star general and the longest serving commander of United States Central Command,” a statement read.

Abizaid is of Lebanese American descent and is a fluent speaker of Arabic. He is a known figure in the Gulf region, having fought in the Kuwait, Iraq and Afghanistan wars.

The nomination, which will require Senate confirmation, follows criticism of the Trump administration for keeping the position vacant for two years.

David Urban, a Trump campaign supporter, was on the shortlist for the position, but Abizaid’s military background, at a time the U.S. is putting more emphasis on the conflict in Yemen, has tipped the scales in his favor.