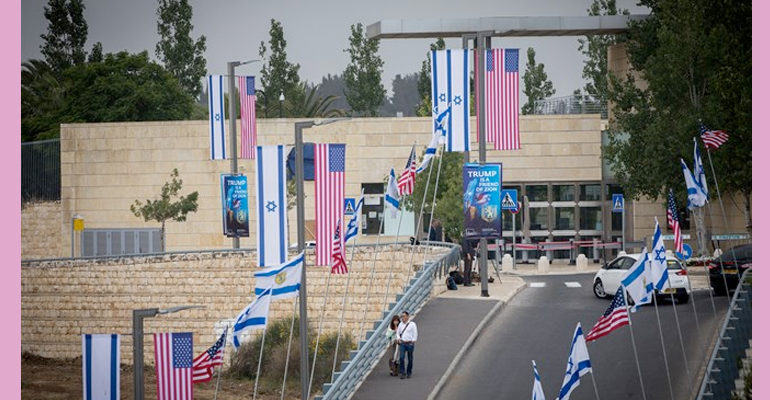 WASHINGTON — The Trump administration is merging the U.S. Consulate General in Jerusalem into the new U.S. Embassy there, a move critics say is the latest U.S. slap at the Palestinians and one that could further undermine hopes for a two-state solution.

The U.S. Consulate General effectively functioned as a direct point of contact for the Palestinians, whose leadership did not want to go through the U.S. Embassy in Israel. Much of its work is expected to be handled by a Palestinian Affairs Unit.

Secretary of State Mike Pompeo, in announcing the change Thursday, said the U.S. ambassador to Israel, David Friedman, would guide the merger.

Pompeo implied that the move was a cost-saving measure and insisted it had no bearing on U.S. policy.

“This decision is driven by our global efforts to improve the efficiency and effectiveness of our operations,” he said. “It does not signal a change of U.S. policy on Jerusalem, the West Bank or the Gaza Strip.”

But former officials and analysts disagreed with that assessment.

Dan Shapiro, who served as the U.S. ambassador to Israel during the Obama administration, argued that the decision downgrades diplomatic relations with the Palestinians.

“It is not consistent with the goal of achieving a two-state solution, and that is how it will be understood by both sides,” he said in a statement. “It is very unlikely that the Palestinian Authority will engage the U.S. government through the embassy to Israel.”

Saeb Erekat, the secretary general of the Palestinian Liberation Organization, said in a statement that the Trump administration was working with the Israeli government to create “Greater Israel.”

He noted that President Trump had made other moves that appear to undermine the Palestinians, including recognizing Jerusalem as the Israeli capital, not doing enough to stop Israeli settlement construction in land claimed by Palestinians, and cutting funding for Palestinian refugees.

“The U.S. administration has fully endorsed the Israeli narrative, including on Jerusalem, refugees and settlements,” Erekat said.

Others saw it as a welcome break from long-standing U.S. policy.

Michael Oren, a former Israeli ambassador to the United States, wrote on Twitter that the announcement “ends the last vestige of American support for the city’s division.”

“Israel is deeply grateful,” he added.

The American Israel Public Affairs Committee also tweeted support, saying the move “treats Israel like every other country, and corrects an historic anomaly.”