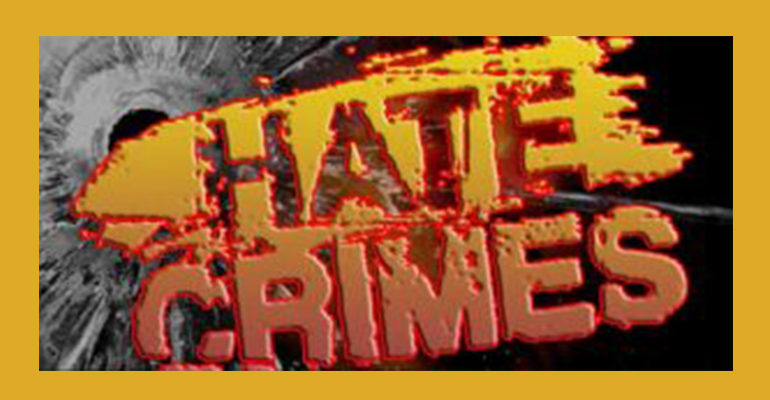 WASHINGTON — Hate crimes in the United States in 2017 saw the largest increase — to more than 7,000 — since a period immediately after the terrorist attacks of Sept. 11, 2001, new FBI data said Tuesday.

The 2017 data is the latest uniform crime reporting compilation of bias-motivated incidents from more than 16,100 U.S. law enforcement agencies, the FBI said.

The figures noted a double-digit increase in anti-Semitic crimes, the largest increase over the previous year, since anti-Arab and anti-Muslim attacks spiked after the 2001 attacks.

“I am particularly troubled by the increase in anti-Semitic hate crimes, which were already the most common religious hate crimes in the United States,” acting U.S. Attorney General Matt Whitaker said in a statement. “The American people can be assured that this department has already taken significant and aggressive actions against these crimes and that we will vigorously and effectively defend their rights.”

The Arab American Institute statement said it was disappointed the report had some “some glaring omissions”, including “three of the most severe acts of bias-motivated violence committed last year.”

One omission from the report was the August 2017 death of Heather Heyer at a rally in Charlottesville, Va. and another involved the stabbing deaths of two men in Oregon over an anti-Muslim rant.

“The FBI data confirms the reality we all know, hate is increasing in America,” said Arab American Institute Executive Director Maya Berry. “The FBI data, in what is missing from it, also demonstrates the hate crime reporting system we have in place is falling to respond adequately to hate crime and thus inform fully the policy remedies we must make to improve our response to hate.”

All but 69 incidents were single-bias incidents with 8,493 victims, the report said. An examination of victims by bias type showed offenders targeted nearly 60 percent of victims because of race, ethnicity or ancestry bias and nearly 21 percent due to religious bias. Sixteen percent were attributed to sexual orientation bias and nearly 2 percent to disability bias. The remaining 69 were multiple-bias hate crimes involving 335 victims. Tom Garing cleans up racist graffiti painted on the side of a mosque in what officials called an apparent hate crime, in Roseville, Calif. Feb. 1, 2017. File photo by AP

“Most hate crime incidents (27.5 percent) occurred in or near residences/homes,” the FBI said. “Seventeen (17.0) percent occurred on highways/roads/alleys/streets/sidewalks; 10.5 percent occurred at schools/colleges; 5.8 percent happened at parking/drop lots/garages and 4.1 percent took place in churches/synagogues/temples/mosques.”

FBI statistics on hate crime data submitted from law enforcement agencies across the United States are published annually. Data are collected under the Hate Crime Statistics Act of 1990 and subsequent updates, which require the Justice Department to gather information about crimes motivated by race or ethnicity, religion, sexual orientation, disability, gender and gender identity.

Of 34 reportable bias motivation categories, all but five reported an increase in 2017. With 2,013 incidents reported, “Anti-Black or African American” bias accounted for nearly half of all crimes motivated by race or ethnicity, which rose 18 percent according to the FBI data, while “Anti-American Indian or Alaska Native”, “Anti-Multiple Races, Group” and “Anti-Hispanic or Latino” hate crimes all increased more than 20 percent (251, 180, and 427 incidents, respectively). “Anti-Arab” hate crime, which was reintroduced into the data collections in 2015 after the category became “invalid” in 1996 and was eliminated in 2001, increased 100 percent last year, with 102 incidents reported.

The 2017 report comes two weeks after the shooting at a synagogue in Pittsburgh killed 11 people and injured six, in what some officials have termed a hate crime.