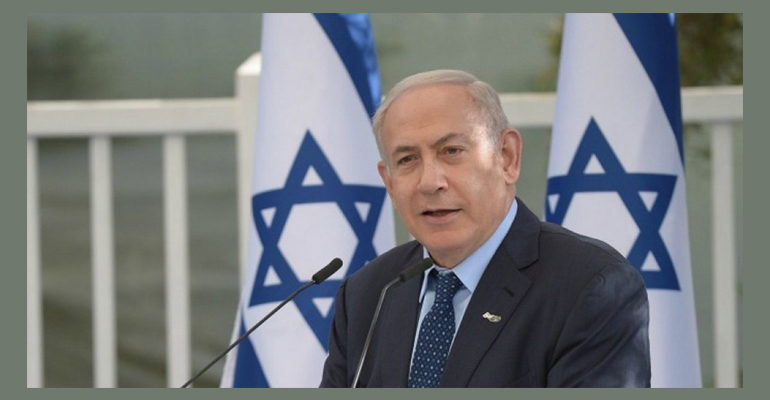 When Israeli Prime Minister Benjamin Netanyahu ordered his army to carry out a limited operation in the besieged Gaza Strip on November 12, he certainly did not anticipate that his military adventure would destabilize his government and threaten the very survival of his right-wing coalition.

But it did, far more than the multiple police investigations into various corruption cases involving Netanyahu’s family and closest aides.

Thanks to the botched operation in Gaza, which led to the killing of seven Palestinians and an Israeli army commander, Netanyahu’s coalition has begun to disintegrate, merely needing a final push for it to collapse completely.

It all began with the resignation of the country’s extremist defense minister, Avigdor Lieberman, who quit his post, two days after the Gaza attack, in protest of the country’s “surrender” to Palestinian Resistance.

The even more extreme far-right leader, Naftali Bennett, was expected to pounce on the opportunity and follow suit. He did not, in a calculated move aimed at capitalizing on the fact that he had suddenly become the government’s ultimate kingmaker.

Now, Netanyahu’s once stable coalition is hanging by a thread, with the support of only 61 members in the Knesset.

This means that the coalition’s once comfortable majority is now dependent on a single MK. One wrong move and Netanyahu could find himself forced into snap elections, a choice that, at least for now, he dreads.

Netanyahu’s options are growing limited. It seems that the age of striking Gaza with impunity in order to score political points with Israeli voters is, perhaps, over.

While much political commentary is being dedicated to Netanyahu’s future and the dirty politicking of his right-wing coalition, Israel’s burgeoning problem is bigger than any single individual.

Israel’s ability to win wars and translate its victories to political concessions from Palestinians and Arabs have been greatly hampered; and this fact has little to do with Netanyahu’s supposed “weakness”, as his Israeli detractors often claim.

Some Israeli politicians, however, still refuse to accept that the violence paradigm is changing.

Almost every time that Israel has attacked Gaza in the past, Israel’s own politics factored greatly in that decision.

Gaza has been used as a stage where Israel flexed its muscles and displayed the latest of its war technology.

The 2014 war — dubbed “Operation Protective Edge” — was, however, a wakeup call for the over-confident Israeli leaders.

More than 2,300 Palestinians were killed in that war and more than 17,000 were wounded, the vast majority of them being civilians.

While that is quite consistent with the Israeli war trajectory, the number of Israeli casualties indicated a changing trend. Sixty-six Israeli soldiers were killed in that war, and only a few civilians, indicating that the Palestinian Resistance has abandoned the randomness of its past tactics and grown bolder and more sophisticated.

Four years since that war, coupled with a particularly harsh stage of the siege — which has been imposed on Gaza since 2007 — did not change the equation. In fact, the fighting that was instigated by the latest Israeli attack further accentuated the fact.

As Israel pounded Gaza with a massive bombing campaign, Gaza fighters filmed a rare attack using anti-tank missiles that targeted an Israeli military bus on the Israeli side of the fence.

Hours later, a truce, facilitated by Egypt, was announced, to the relief of Netanyahu and the jubilation of Palestinians, who marched in their thousands celebrating the end of fighting.

Considering the disproportionate military power and desperate humanitarian situation in Gaza, it makes perfect sense why Palestinians perceived the outcome as a “victory.”

Israeli leaders, not only on the Right but the Left as well, attacked Netanyahu, who understood that continued fighting would lead to another major war, with most unpredictable outcomes.

Unlike Lieberman, Bennett and others, Netanyahu’s political strategy is not only driven by attempting to pacify Israel’s angry public — many of whom protested the Gaza truce in various parts of the country.

The Israeli prime minister has a twofold political outlook: Laboring to politically divide Gaza from the West Bank and maintaining a degree of “stability” that would give time and space for American political maneuvering in preparation for Donald Trump’s so-called “Deal of the Century.”

Moreover, Israel’s growing challenge in Syria and Lebanon makes a prolonged military operation in Gaza quite dangerous and unsustainable.

But the pressure on the home-front is relentless.

Seventy-Four percent of the Israeli public is “dissatisfied” with Netanyahu’s performance in the latest round of fighting in Gaza, according to an Israel Television News Company poll released soon after the truce was announced.

Yet Netanyahu has no other option but to commit to the truce in Gaza, which, as per Israeli political logic, means that he must stir trouble elsewhere to send a message of strength and prowess to the disquieted public.

This is precisely why Netanyahu renewed his threats of ethnically cleansing the population of Khan al-Ahmar in the occupied West Bank.

“It will be demolished very soon,” he declared, in an attempt to move the conversation from Gaza to elsewhere and to regain the confidence of his right-wing constituency.

While Gazans are getting a badly needed respite, however fleeting, Khan al-Ahmar residents will now become the main target for Israel’s political violence and chauvinism.

The question is how long will Israel be able to sustain this violent paradigm and what will it take for the international community to hold Tel Aviv accountable?

As for Palestinians, Gaza has demonstrated that only resistance, popular or otherwise, works. It is the only language that registers with Israel, who must understand that the age of easy wars is long gone.