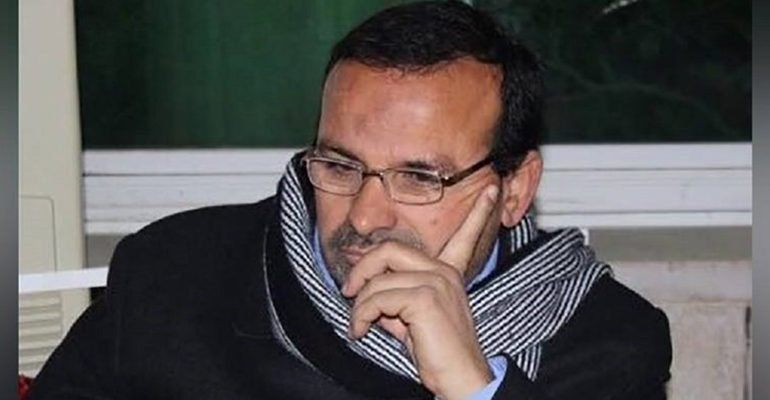 Kassim Tajideen, 63, a Lebanese-Belgian businessman was designated by the U.S. Department of the Treasury as a "specially designated global terrorist."

WASHINGTON — A Lebanese businessman sanctioned by the U.S. Treasury Department for being an important financial supporter of Hezbollah pleaded guilty on Thursday to charges associated with evading U.S. sanctions imposed on him, the U.S. Justice Department said.

Kassim Tajideen, 63, pleaded guilty to conspiring with at least five other people to conduct more than $50 million in transactions with U.S. businesses in violation of the sanctions imposed on him, the department said in a statement.

If his plea agreement is approved by the U.S. District Court in Washington, Tajideen would serve five years in prison and pay a $50 million criminal forfeiture in advance of his sentencing, the department said.

“The Department of Justice has put a target on Hezbollah,” acting Attorney General Matt Whitaker said in announcing the plea agreement. “We are going to keep targeting Hezbollah and other terrorist groups and their supporters, and we are going to keep winning.”

Tajideen was listed as a “specially designated global terrorist” by the U.S. Treasury Department in May 2009 because of his financial assistance to Hezbollah, designated a foreign terrorist organization by the U.S. State Department.

Under the Treasury designation, Tajideen was prohibited from being involved in or benefiting from transactions involving U.S. citizens or companies without a special license from the Treasury.

Tajideen, who ran a multibillion global business empire that traded commodities in the Middle East and Africa, was arrested on March 12, 2017 in Morocco on an international arrest warrant and extradited to the United States.

In addition to circumventing the sanctions to conduct $50 million in business with U.S. companies, Tajideen and his co-conspirators engaged in transactions outside the United States that resulted in the transmission of as much as $1 billion through the U.S. financial system, the department said.