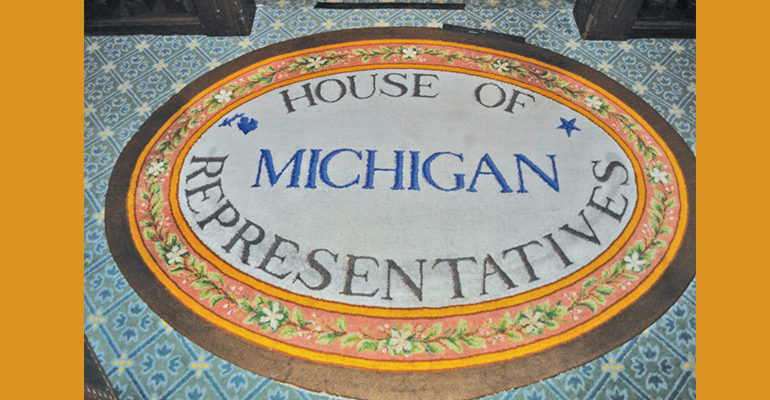 LANSING — The Michigan House of Representatives approved a bill on Wednesday that would allow the legislature to intervene in any court case, which could potentially position lawmakers in opposition to Democratic Attorney General-elect Dana Nessel.

The bill would allow the legislature to intervene in cases where the state has a right or interest, like the pending lawsuit challenging House floor procedures during a repeal of prevailing wage earlier this year.

Democratic House lawmakers opposed the bill and characterized it as an “unconstitutional power grab” that subverts the will of the people who just elected Nessel.

The bill passed Wednesday, in a 58-50 vote, shortly after the Senate committee approved bills to move the campaign finance responsibilities of incoming Democratic Secretary of State Jocelyn Benson to a bipartisan commission.

Opponents said the legislation duplicates the representation already available to the House and Senate and is an effort to dilute the power of the incoming attorney general.