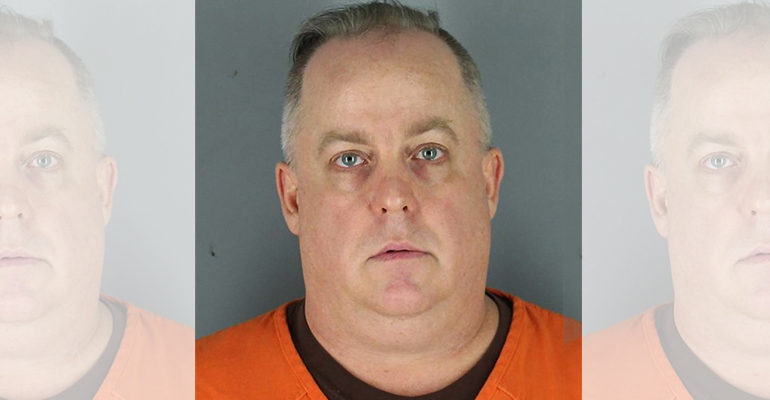 The incident occurred on the night of November 19, during which Johnson appeared to pull a gun on a group of Somali Muslim American teenagers at the Eden Prairie McDonald's

HENNEPIN COUNTY, MN — A harrowing incident at a Minnesota McDonald’s captured on videotape and viewed more than 2 million times on Twitter has led to charges of felony terroristic threats against 55-year-old Lloyd Edward Johnson of Eden Prairie, Minnesota.

Johnson was also charged with carrying a pistol without a permit, a gross misdemeanor, according to a Dec. 3 report from “MPR News.”

The incident occurred on the night of November 19 during which Johnson appeared to pull a gun on a group of Somali Muslim American teenagers at the Eden Prairie McDonald’s, causing the group to scatter and seek help from management. Johnson also shoved one of the teens prior to pulling the weapon, just before backing out of the restaurant’s side doors. 55-year-old Lloyd Edward Johnson of Eden Prairie, Minnesota was charged with terroristic threats and with carrying a pistol without a permit

“I want everyone out of my store now,” she can be seen saying on video. When one of the teens replied that the man outside had a gun, she responded by saying “I don’t give a —k,” while hurriedly gesturing at the kids to leave.

At this point, another customer in a brown coat decided to stand up for the teens, yelling back at the manager.

At this point the manager, clearly upset, decided to walk away from the customers to the back of the restaurant.

“@McDonalds is this what you stand for?” wrote video poster Farida Osman, who was present during the incident, to McDonald’s on Twitter. “We were just trying to order when this man said racist remarks, claimed to be touched (when really he pushed a kid as seen on video), pulled a gun out on kids and you still kick us out knowing we’re in danger?”

According to comments from Osman to the website MuslimGirl.com, the man who pulled the gun had made a remark that the four teens were “probably using EBT”, according to her friend Jihan, to which she turned to him and replied, “Just because I’m Black doesn’t mean I use EBT.” The acronym stands for Electronic Benefit Transfer, a system used by states to issue welfare payments.

The four teenagers involved according to the website were identified as Osman, Jihan Abdullahi, Amal Mohammed and Zainab Hassan.

“It was terrifying because we were scared he was waiting for us outside, so we stayed inside listening to the managers yell at us and blame us,” Osman tweeted. The aforementioned first McDonald’s manager to arrive on the scene can also be seen in another Twitter video stating that “if he pulled out a gun he pulled it out for a reason” to the teens, adding that he “didn’t blame (them).”

Osman also posted a video of Johnson to Twitter, with the message “Detective Twitter do your thing”, prior to his eventual arrest.

Eden Prairie franchise owner Paul Ostergaard told The Arab American News that the female employee intends to terminate her employment with the location, an announcement that came following her suspension from the location.

Since the incident, McDonald’s corporate staff also have ventured out to meet with managers and upper level employees, who will be undergoing safety training in case of future similar events.

Hennepin County Attorney Mike Freeman said at a press conference on Monday that Johnson was to blame for the situation, according to a report from KARE11 Minneapolis.

“I don’t mean to return to the playground, but he started it,” Freeman said, calling Johnson the aggressor in the situation.

“And he started it for no reason at all,” Freeman added. “And when they spoke to him, they had appropriate space. But when he next spoke to them, he bellied right up and got in their face.”