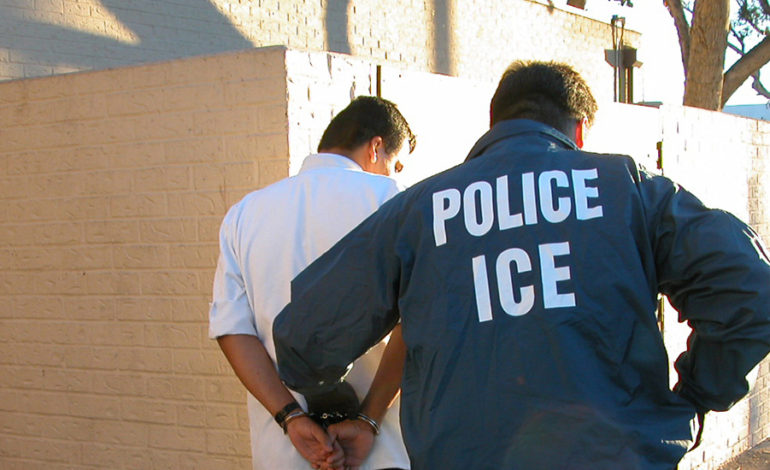 KEY WEST, FLA — The American Civil Liberties Union of Florida, Southern Poverty Law Center and Gibson, Dunn & Crutcher LLP filed a federal lawsuit Monday Dec. 3 on behalf of a natural-born U.S. citizen who was detained as a result of a Florida sheriff’s collaboration with Immigration and Customs Enforcement.

The ACLU stated in a press release Monday that Brown’s repeated pleas that he is a U.S. citizen and could not be held for ICE were ignored.

“It’s shocking and not right that somebody can lose their human rights and have all dignity stripped away simply because someone delivers a piece of paper or signs a form,” Brown said.

Seventeen Florida sheriffs, including Ramsay, participate in an ICE detention pilot program that relies on Basic Ordering Agreements, or BOAs. The program pays counties $50 for each person they hold for ICE. The sheriffs and ICE claim that those agreements shield counties from liability even when they violate the Constitution.

“ICE keeps trying to make localities carry out its runaway deportation program, despite its long record of violating people’s rights and subjecting local police to financial liability,” said Spencer Amdur, an attorney with the ACLU’s Immigrants’ Rights Project. “Basic Ordering Agreements are more of the same. Sheriffs should protect their communities by staying out of the deportation business.”

The ACLU claims Brown suffered severe emotional trauma because of this experience.

“He languished in detention and would have been deported to Jamaica — a country to which he has no ties whatsoever — if not for the last-minute intervention of a friend, who sent a copy of Brown’s birth certificate to an ICE agent,” the ACLU said in the press release.

“ICE has tried to turn local law enforcement agencies into its force multipliers for years,” said Mary Bauer, deputy legal director for the SPLC. “Basic Ordering Agreements are ICE’s latest attempt to turn county sheriffs into de facto immigration agents, with the promise that the sheriffs can’t be sued when they violate people’s Constitutional rights. It won’t work. BOA or no BOA, Sheriff Ramsay violated Peter Brown’s rights and he will be held accountable.”

The case, Peter Sean Brown v. Richard Ramsay, was filed in U.S. District Court for the Southern District of Florida.

“One year ago today, we warned Sheriff Ramsay about the dangers of his office’s needless participation in federal immigration enforcement,” said Amien Kacou, staff attorney with the ACLU of Florida. “The sheriff ignored our warnings and doubled down by signing on early to ICE’s latest sham — the BOA detainer scheme. With this lawsuit, we reaffirm that, regardless of ICE’s empty promises, Florida sheriffs will continue to be held accountable for doing the agency’s dirty work.”

“The issuance of an ICE detainer does not absolve local law enforcement authorities of their continuing obligation to ensure they maintain probable cause under the Fourth Amendment to detain an individual,” said Jonathan N. Soleimani, an attorney at Gibson, Dunn & Crutcher LLP. “Here, Sheriff Ramsay’s policy and practice of blindly effectuating ICE detainer requests — even where there is clear evidence undermining their basis — resulted in a violation of Mr. Brown’s constitutional rights.”