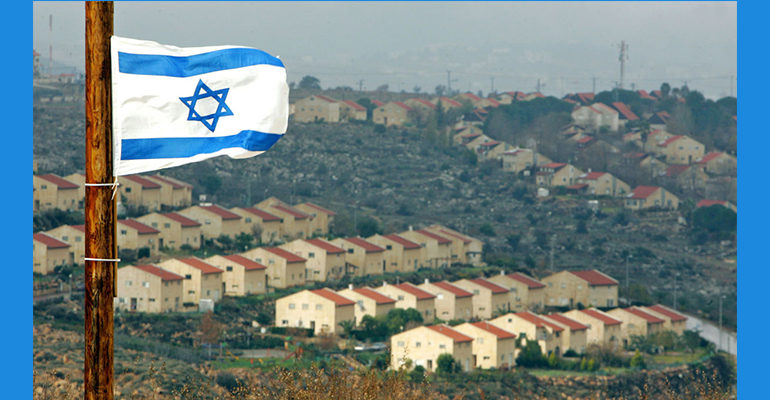 An Israeli flag near the West Bank settlement of Ofra.

TEL AVIV — Israel will authorize thousands of the settler homes built illegally in the occupied West Bank, some of them decades ago, Israeli Prime Minister Benjamin Netanyahu said on Thursday.

The move is likely to please pro-settler members of Netanyahu’s right-wing coalition while further angering Palestinians, who want the West Bank, along with East Jerusalem and the Gaza Strip, as part of their promised future state.

“Arranging the rights for the homes allows thousands of residents to be provided with infrastructure of public buildings, educational and religious buildings,” Netanyahu’s office said in a statement.

It did not give a specific number of homes, but Israeli Justice Minister Ayelet Shaked tweeted that more than 2,000 homes would be getting permits.

Some 500,000 Israelis live in the West Bank and East Jerusalem, areas that are also home to more than 2.6 million Palestinians.

Settlements are one of the most heated issues in efforts to restart Israeli-Palestinian peace talks, frozen since 2014.

In August, an Israeli court broke new ground, and infuriated Palestinians, by giving legal recognition to the Jewish outpost of Mitzpe Kramim, built without government authorization on privately owned Palestinian land in the West Bank.

The international community considers all settlements that Israel has built in territory it captured in the 1967 Middle East war to be illegal. Israel disputes this and says their future should be determined in peace talks with the Palestinians.

Netanyahu also said he would try to advance plans for 82 new housing units in the Jewish settlement of Ofra and two West Bank industrial zones.

Netanyahu faced a challenge from the far-right last month after his defense minister resigned and lashed out at the government’s acceptance of a ceasefire with Hamas amid a surge in Gaza violence. Other far-right ministers had threatened to quit, but later backed down.