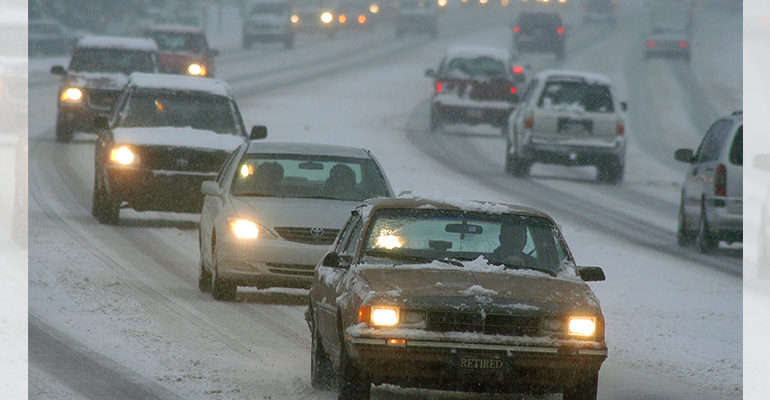 DEARBORN – An estimated 3.6 million Michigan residents are expected to travel this season according to a press release from AAA, which would be the highest total in more than a decade.

The projected total would constitute a four percent increase from last year, the press release said, with travelers expected to utilize a wide variety of different transportation types.

In total, 91.5 percent are expected to drive, 5.5 percent to fly,and 3 percent to travel by rail, bus or cruise. Those who do decide to drive are expected to be greeted with lower than average gas prices, with Wednesday’s state average checking in at $2.31 per gallon, 30 cents less than what drivers paid on Christmas Day 2017, for a savings of $4.50 on an average-sized tank of gasoline.

With so many drivers on the road, being prepared is paramount, AAA officials say.

“Low gas prices and a strong economy continues to drive demand for seasonal travel,” said Nancy Cain, spokesperson at AAA’s The Auto Club Group. “With more Michiganians hitting the road than ever before, AAA urges drivers to reduce the risk of a holiday hazard. Get your vehicle inspected by a trusted mechanic, minimize distractions while behind the wheel, and do not drive intoxicated.”

Roads will be congested, so plan ahead

Considering the high volume of cars on the road during the holidays, Michigan drivers should expect delays and high traffic levels throughout the latter days of December.

Between 2-3 p.m., drivers could experience delays up to three times longer than normal, the worst time for travel in Metro Detroit.

“With a record number of travelers hitting the road this holiday, drivers must be prepared for delays in major metro areas,” said Trevor Reed, transportation analyst at INRIX Research. “Our advice is to avoid traveling during peak commuting hours. If schedules allow, leave bright and early or after the morning commute.”

The consolation for drivers could be gas prices, which are expected to be the lowest around the holidays in three years. Drivers can check prices on GasPrices.AAA.com prior to leaving.

Traffic is expected to be higher in the skies this year as well. An additional 140,000 Americans are projected to pass through the nation’s airports, including 7,575 Michiganians. The projected totals would add up to 4.2 percent and 4.0 percent increases over last year’s numbers.

Travelers should arrive at the airport at least two hours before scheduled departures in order to ensure being on time for their flights, the release said.