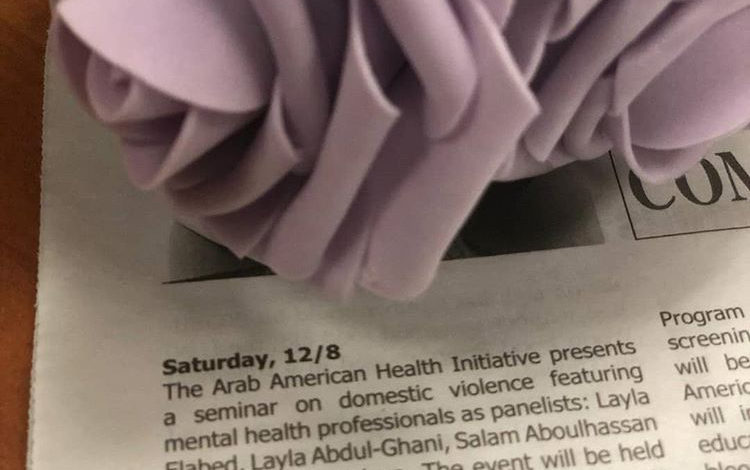 The color purple is used to represent Domestic Violence Awareness Month in October. The color is meant to be a symbol of peace, courage, survival, honor and dedication to ending violence. -Photo from AAHI

The youth-led organization focuses on improving the health quality of life for Arab Americans and motivating youth to chase their dreams through dedication and community outreach.

According to the National Domestic Violence Hotline, one in four women and one in seven men 18 years and older are the victims of severe physical violence by an intimate partner in their lifetime.

Domestic violence is abuse by one person against another in a domestic setting, such as in marriage or cohabitation. It can happen to anyone regardless of race, age, sexual orientation, religion or gender.

Panelists and community member discussed the importance of speaking out, while some shared more personal perspectives. 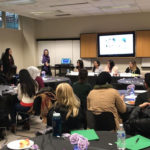 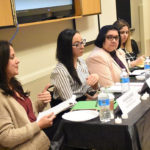 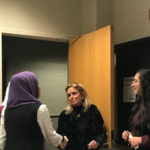 “We need to teach them (victims of violence) how to speak up, call the cops, and/or seek help,” Aboulhasan said. “It’s (domestic violence) a very stigmatized topic. It’s a small town, and people in Dearborn talk.”

She said it’s “an act of speaking out.”

Ajrouche added that shelters are very stigmatized in general. She said women feel scared to tell their stories.

“It took one person to say something out loud,” Aboulhasan said as she mentioned a past experience of working with violence victims. “Women whisper to me.”

Dingell emphasized the importance of knowing when violence occurs. She said there are boundaries which make victims aware that violence isn’t normal.

Abdul-Ghani, a social worker in the emergency department at Beaumont Hospital-Dearborn, said approximately 70 percent of cases faced per day (with a social worker) are a result of violence.

There are two verbally known cycles in domestic abuse: Violence and nonviolence.

The violence power and control wheel consists of the use of coercion and threats, intimidation, emotional abuse, isolation, denying and blaming abuse, children, male privilege and economic abuse.

Bolyea talked about the different personal protection orders (PPO) to which a person has the rights. A PPO is a court order to stop threats or violence against an individual in a domestic relationship. A domestic PPO could prohibit the abuser in a relationship from doing certain things like entering the home.

For more information on PPO rights in Michigan, visit https://michiganlegalhelp.org/self-help-tools/personal-safety/domestic-relationship-personal-protection-orders# To access the 24-hour National Domestic Violence Hotline, call 1-800-799-SAFE (7233). Other services to help people suffering abuse include an online CHAT option every day from 7 a.m.-2 a.m. Central Time at www.thehotline.org; this option provides another lifeline for those who do not feel safe speaking on the phone.