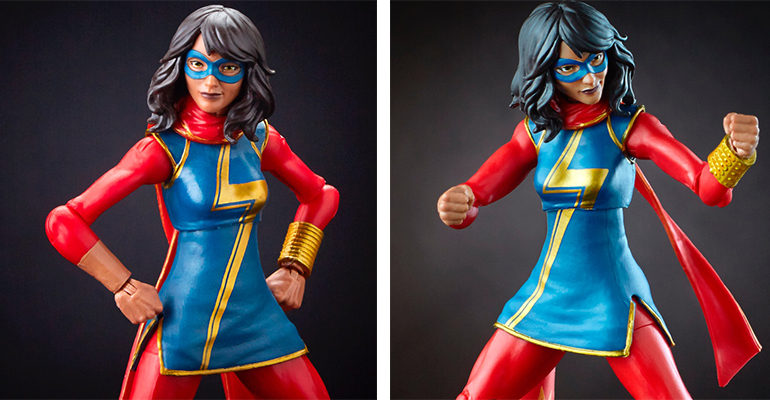 DEARBORN — In a time of growing Islamophobia, a teen Muslim superhero named Ms. Marvel has made headlines and her action figure has made it onto many retail shelves.

The Ms. Marvel comic series offers readers a heroine who, when not saving the world, struggles with issues of faith, family and where she fits in.

Kamala Khan, is a 16-year-old Pakistani American Muslim who discovers she has incredible shape-shifting abilities. Yet, she still struggles with her identity on numerous levels.

Written by G. Willow Wilson, who is herself a practicing Muslim, trade paperbacks of Ms. Marvel have sold more than half a million copies, having nine volumes published. The first volume of the Ms. Marvel comic won the 2015 Hugo Award for Best Graphic Story. In November 2014, the volume reached Number 2 on The New York Times Best Seller list of paperback graphic books.

Khan debuted in Captain Marvel number 14 in August 2013. She subsequently went on to star in the solo series Ms. Marvel in February 2014.

Marvel comics have been relatively popular, but with the new Ms. Marvel, sales have spiked in some places.

An employee at Green Brain Comics in Dearborn told The AANews the sales are doing pretty well.

“It helps with sales and it (Ms. Marvel) is doing pretty well,” she said. “It is kind of more well-known here.”

She further emphasized that the Dearborn community seems to take a fair interest in the comic since the area has a large number of Muslims, somewhat as a symbol of diversity and representation of appreciation. Khan is the only Marvel character to be Muslim and have a comic series centered around her.

Another thing that makes Ms. Marvel a gem in the community is her ability to alter her appearance and extend her limbs. She first used her powers unconsciously upon emerging with her new powers looking like her role model Carol  Danvers, the current Captain Marvel.

After gaining better control of her gifts, Khan develops trademark moves like enlarging her fists as she utters her battle cry “Embiggen!”

Green Brain Comics sells all volumes released, yet does not carry the action figure in stock.

A salesperson at Times Travelers in Berkley told The AANews the action figure sells quicker than the comic itself.

“It (the comic) will sell a lot better once the movie comes out,” he said, indicating Marvel Studios’ plan to introduce Khan in the Marvel Cinematic Universe after the 2019 release of the film Captain Marvel, which will focus on Carol Danvers. “New books don’t really sell very well, and people will not grasp it until the movie.”

He further explained that people may sometimes buy the comic just to match it with the movie.

“It’s food for thought,” he said. “Most people purchase the Ms. Marvel box (action figure) and I hope that they get more of those individual packaging for it (in general).”

The Time Travelers employee emphasized that since there are not a lot of toys out there for Ms. Marvel, the figures often sells very quickly.

A Barnes and Nobles associate in Allen Park told The AANews the comics sell well, yet not as much as the classic Superman and Batman comics do. She said the store carries all volumes of the trade paperback, but no action figures.

A few Target stores, such as the one in Bloomfield Hills at Square Lake and Telegraph, have the figure in stock.

Although not found in the Walmart Supercenter in Dearborn, the action figure retails at $22.99 before shipping and handling on the Walmart site. The six-inch figure comes with two extra extended arms to be swapped with the regular ones. 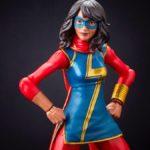 Ms. Marvel without the extended arms from Walmart.com 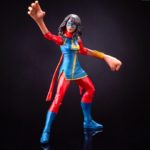