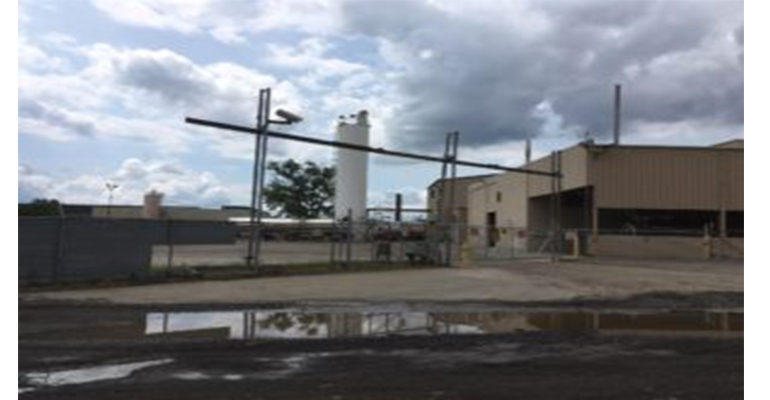 The U.S. Ecology treatment facility on Detroit's east side.

LANSING — Governor Snyder is being urged to reject the Senate Bill 1196, which will allow increased dumping of radioactive waste materials in Wayne County by up to ten-fold, in a new letter from U.S. Rep. Debbie Dingell (D-Dearborn).

The bill, introduced last month, was “rushed through both chambers of the Michigan legislature and now awaits Snyder’s consideration,” a press release read. It was Dingell’s second press release in as many weeks on the legislation, which will allow for the dumping of TENORM (technologically advanced, naturally occurring radioactive material) in the county.

The U.S. Environmental Protection Agency admits that it does not “completely understand all the potential radiation exposure risks it presents to humans and the environment,” according to its website. Most TENORM radioactive waste is a byproduct of the hydraulic fracturing (fracking) industry, as well as mining industries, water treatment and some consumer products.

The major facility affected would be U.S. Ecology Michigan in Wayne County, which is home to 1.7 million residents. A resolution has been passed by the Wayne County Commission against the plan, which would include expanding the facility.

“We must stand up for the health and safety of Michigan’s future generations and uphold strong environmental safeguards long-term — not cater to corporate interests, ” Dingell wrote, urging Snyder to veto the bill. “I would have hoped all Michigan leaders learned something from the Flint water crisis, but apparently not.”