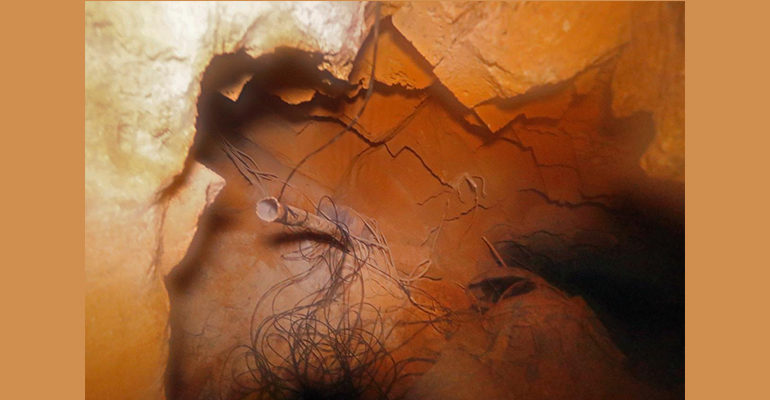 A photo taken during a guided tour by the Israeli army shows a view inside a tunnel which reportedly connects Lebanon and Israel, December 19, 2018 - REUTERS

TEL AVIV — The Israeli military claimed it sealed off four tunnels on Thursday that it said had been dug by the Lebanese armed group Hezbollah under the border from Lebanon.

The work was being carried out on the Israeli side of the frontier demarcation, known as the “Blue Line”, according to an Israeli military spokesman.

Israel says Hezbollah dug the tunnels with the aim of launching cross-border attacks. Hezbollah has yet to comment.

U.N. peacekeepers in Lebanon have said they had so far confirmed the existence of four tunnels the Israeli army discovered in recent weeks in the vicinity of the border.

The Israeli spokesman said the military would “neutralize and destroy” the tunnels. Some were built with concrete components while others were dug directly into rock, he said.

“Preliminary work has started,” the spokesman said. “We warn anybody against approaching the openings of the tunnels or staying close to them, all of the tunnels, on the Lebanese side.”

He said Israel had asked the U.N. peacekeeping force, known as UNIFIL, to convey the warning to the Lebanese army.

“The end result is that Hezbollah will no longer be able to utilize these tunnels in order to terrorize Israeli civilians.”

Israel has called for UNIFIL to deal with the tunnels on the Lebanese side of the border. The Israeli military has said it holds the Beirut government responsible for breaching Security Council resolution 1701, which ended a 2006 war with Hezbollah.

President Michel Aoun has said Lebanon is committed to implementing 1701.

The Israelis have violated Lebanese land, sea and airspace more than 1,300 times this year through November 15, according to Lebanese sources. The violations are broken into 441 instances of spying planes/drones; military jets, 365 violations; military boats and warships, more than 224 and land intransigence into Lebanese territory, more than 196 times.

On a daily basis in Southern Lebanon residents hear, if they don’t see, Israeli drones buzzing away like huge mosquitoes in the sky. On occasion they might see Israeli jets flying towards Syria, or even hear Israeli jets pounding positions on the other side of the Anti-Lebanon mountain range, another violation of sovereignty.

All Lebanon can do is register its disapproval at the U.N. and call on the U.S.A. to rein in its ally, a request the Lebanese state has made twice this year and every year since the Israelis were pushed out of the South in 2000 (Interestingly, according to a source at UNIFIL, there are no cumulative figures on Israeli violations, although they probably run into the tens of thousands).

One of UNIFIL’s roles, which has had its mandate renewed every six months since 1978, is to register the Israeli violations of Lebanese sovereignty.