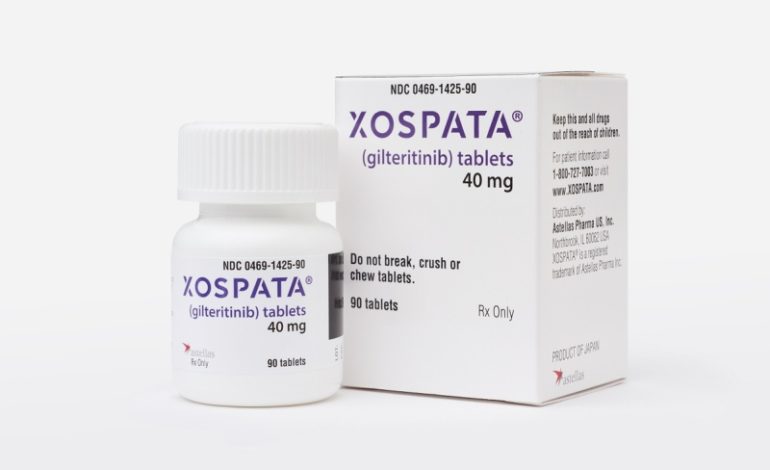 The new cancer drugs Vitrakvi and Xospata were approved this past week after expedited reviews according to a report from CNN, with one expected to make an impact on the treatment options for childhood patients and the other for adults.

Vitrakvi, which was approved this past Monday, was approved for both adult and pediatric cancer patients whose cancers have a specific genetic feature (biomarker), the CNN report said.

According to the FDA, the drug is the second approved cancer treatment that was based on a tumor biomarker instead of the area of the body where the tumor originated. It will be used on solid tumors that show NTRK (neurotrophic receptor tyrosine kinase) gene fusion, that do not have a known resistance mutation, are not metastatic, or where surgical removal is likely to lead to severe morbidity, in cases where there are no known alternative treatments.

These types of genes are said to be rare, but they do occur in many types of cancer according to the FDA. Common side effects for the drug included fatigue, nausea and vomiting, cough, constipation, diarrhea, and dizziness according to the American Cancer Society, and the drug is not recommended for pregnant or breastfeeding women.

The drug is marketed by Bayer and Loxo Oncology, Inc.

The second drug, Xospata, was approved on Wednesday and is for the treatment of adult patients who have relapsed or have AML (refractory myeloid leukemia) with a FLT3 mutation, the FDA said. A diagnostic tool to detect the mutation was also approved according to the CNN article.

“Approximately 25 to 30 percent of patients with AML have a mutation in the FLT3 gene. These mutations are associated with a particularly aggressive form of the disease and a higher risk of relapse,” Dr. Richard Pazdur, director of the FDA’s Oncology Center of Excellence, said in a statement.

The disease AML is said to be fast progressing cancer that affects the numbers of normal blood cells and necessitates continuous transfusions, the FDA said.

While standard review for such drugs is typically 10 months, these two were approved after just six months because of their Priority Review status, which was established in 1992 by the FDA.

“A Priority Review designation will direct overall attention and resources to the evaluation of applications for drugs that, if approved, would be significant improvements in the safety or effectiveness of the treatment, diagnosis, or prevention of serious conditions when compared to standard applications,” the FDA says about the review.

Potential side effects of Xospata include shortness of breath, fluid retention, rash, muscle or joint pain, fever, and more.