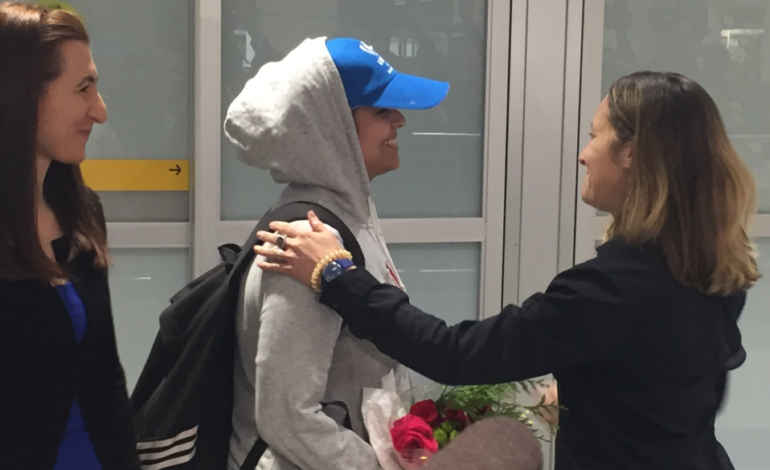 TORONTO — Saudi teenager Rahaf Mohammed al-Qunun tweeted an image of herself with the caption “third country – I did it” on Friday, January 11 next to an airplane, as she landed in Toronto to begin the next phase of her life.

The 18-year-old had been barricaded inside a Bangkok, Thailand hotel room to avoid deportation and refused to see her father, who came to visit her along with family in Kuwait.

The teenager was granted asylum by Canadian Prime Minister Justin Trudeau prior to her arrival, and had refused to see her father in Bangkok because she claims to have been abused by her family.

She said she feared for life if deported back home, according to a report from The Independent.

“I’m in Canada everyone,” she said to her 171,000 followers on Twitter, tweeting a video of her plane landing at the airport on Saturday.

Upon arriving, she was greeted by Canada’s foreign affairs minister Chrystia Freeland who introduced her as a “very brave new Canadian.”

“She had a very long and tiring journey so she would prefer not to take questions today,” she added.

Al-Qunun attracted widespread attention by launching a social media campaign for asylum after immigration police seized her passport and refused her entry into Thailand on January 5. The campaign caught the attention of Trudeau, and now she’s eager to start a new life in Canada.

Her father, for his part, has denied her allegations of abuse and forcing her into an arranged marriage.

“That is something that we are pleased to do because Canada is a country that understands how important it is to stand up for human rights and to stand up for women’s rights around the world and I can confirm that we have accepted the UN’s request.”

Multiple other countries including Australia had been in talks with the UN’s refugee agency to accept her, according to Thai immigration police.

The office of the UN High Commissioner for Refugees welcomed the decision and issued the following statement.

“The quick actions over the past week of the government of Thailand in providing temporary refuge and facilitating refugee status determination by UNHCR, and of the government of Canada in offering emergency resettlement to Ms. al-Qunun and arranging her travel were key to the successful resolution of this case.”

Saudi Arabia responded by selling Canadian investments and ordering their citizens studying in Canada to leave, The Independent report said.