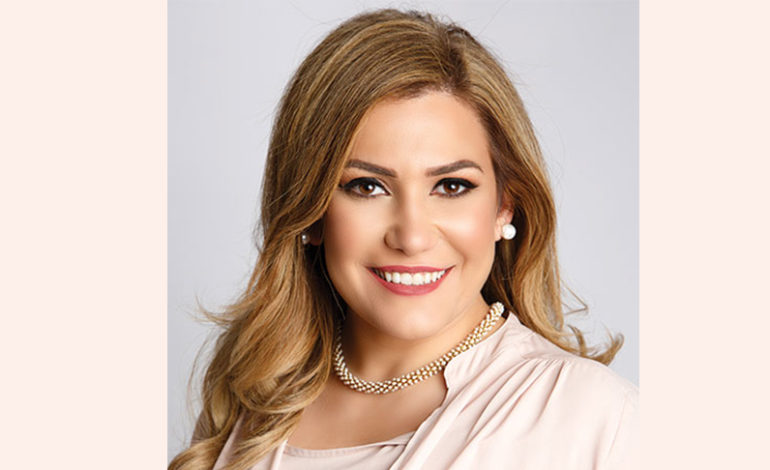 LANSING — Fadwa A. Hammoud, a resident of Dearborn, has been appointed as the state’s solicitor general by Michigan Attorney General Dana Nessel. She is the first Arab American and Muslim solicitor general in U.S. history.

“I am proud of the seasoned veterans who have chosen to return to state government – and to those who have already committed their careers to public service,” Nessel said, announcing her administration’ s executive team on Jan. 15.

“Today’s appointments show a diverse cross-section of Michigan.  I am proud of the team we have built to advocate for and protect all Michiganders. Together we will bring the Department of the Attorney General back to the people of our state.”

Nessel has assigned Hammoud to take the lead on criminal cases related to the Flint water crisis.

Hammoud served as lead attorney in the Wayne County Prosecutor’s Office, where she established the Business Protection Unit. Prior to her appointment as lead attorney, Hammoud prosecuted criminal enterprise, homicide, financial crime and identity theft.

Her appointment received praise from Wayne County Prosecutor Kym L. Worthy, among others.

“Attorney General Nessel’s appointment of Fadwa Hammoud to serve as Michigan’s next solicitor general is a brilliant choice,” Worthy said in a press release. “She is a visionary with an excellent work ethic. This is bittersweet for the Wayne County Prosecutor’s Office and me personally. Fadwa has served all Wayne County residents with integrity, distinction and honor. We are sad to see her leave Wayne County service, but the citizens of the entire state will be the beneficiary of her fairness and impressive reputation.”

“While I served as a Wayne County judge, Fadwa earned the reputation of being a smart, strong, and passionate trial attorney who fought for victims’ rights and as someone who could be counted on to follow the law,” he said. “Fadwa’s background, experience and intellect are a great fit for this new role, and I’m confident that the state of Michigan will be well-served with her as its solicitor general.”

A graduate of Wayne State University Law School and the University of Michigan-Dearborn, Hammoud clerked for Judge George Steeh in the U.S. District Court for the Eastern District of Michigan and is a 2018 member of the Harvard Business School’s Young American Leaders Program.

She is currently the vice president of the Arab American Political Action Committee (AAPAC).

“These cases have gone on for years and have cost the taxpayers of this state millions of dollars,” Nessel said. “It’s time for resolution and justice for the people of Flint.”

Former Flint emergency managers Darnell Earley and Gerald Ambrose, as well as Nick Lyon, the former director of the Michigan Department of Health and Human Services, and Dr. Eden Wells, Michigan’s former chief medical executive and now “advisory physician”, are among the defendants according to ABC-12 News in Flint.

Todd Flood, who was appointed three years ago by then-Attorney General Bill Schuette as “special prosecutor”, will report to Hammoud.