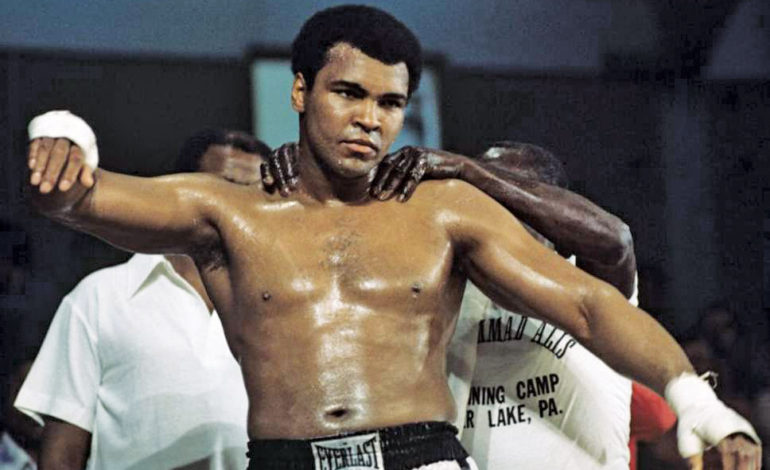 LOUISVILLE, KY — A humanitarian, a peace advocate and unforgettable personality, Muhammad Ali was known as far more than a boxer.

“Muhammad Ali belonged to the world, but he only had one hometown, and fortunately, that is our great city of Louisville,” Mayor Greg Fischer said. “Muhammad became one of the most well-known people to ever walk the Earth and has left a legacy of humanitarianism and athleticism that has inspired billions of people.

“It is important that we, as a city, further champion The Champ’s legacy,” Fischer added. “And the airport renaming is a wonderful next step.”

Ali would have turned 77-years-old today, but passed away in June 2016 after a long battle with Parkinson’s Disease and respiratory problems in his later days.

According to board member Dale Boden, the airport authority group began working in November 2017 to consider naming the airport after Ali. They decided to move ahead with the plan after discovering that most people still don’t know he’s from the city, despite the fact that he is well known worldwide.

City officials are expected to spend $100,000 to change marketing and branding elements over the next two to three months to promote Ali’s presence and to align with city tourism efforts, an article from the Louisville Courier-Journal said.

No statues of Ali will be added to the airport in respect for his Muslim background.

Lonnie Ali, his widow, said she’s proud of the name change to “reflect Muhammad’s impact on the city and his love for his hometown.”

“I am happy that visitors from far and wide who travel to Louisville will have another touch point to Muhammad and be reminded of his open and inclusive nature, which is reflective of our city,” she said in a press release.

“Muhammad was a global citizen, but he never forgot the city that gave him his start. It is a fitting testament to his legacy.”

Ali was born Cassius Marcellus Clay Jr. on Jan. 17, 1942 and grew up in a western Louisville one story wood frame house in the city. He changed his name in 1964 after winning the heavyweight title from Sonny Liston, calling his former name his “slave name.”