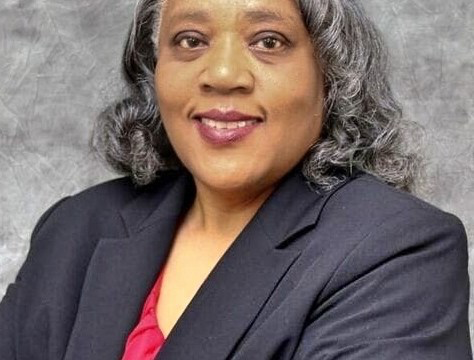 LANSING — Betty Jean Alexander worked as a clerical specialist at the Wayne County Clerk’s office this time last year. She made $16 an hour, qualified for food stamps and took the bus to work.

Now, after a surprising primary election win last fall, the 53-year-old Detroiter and single mother of two daughters is a state senator. Alexander will help control the state’s funds and create policy and earn a $71,685 annual salary.

Alexander is not the only senator who has never previously held political office at any level, but she is a very unlikely lawmaker. She defeated former State Sen. David Knezek of Dearborn Heights in the August primary without spending any money on her campaign.

“A lot of people didn’t see it coming, but that was part of the strategy,” Alexander said.

Her campaign was organized by longtime family friend Lamar Lemmons III, her chief of staff in Lansing.

Lemmons, a member of the Detroit School Board and a former legislator, recruited Alexander to run for the Senate. He organized a volunteer phone bank operation that featured Black women calling Black female voters to tell them about her candidacy. Alexander did not personally campaign, but recorded a voice message to play for the calls.

Alexander pulled off a historic upset, winning over Knezek by 3,120 votes, roughly 9 percentage points. Many local officials didn’t even know who she was.

In the general election Alexander reported $4,485 in expenditures through the end of November, but hit a 59-percentage-point win over Republican DeShawn Wilkins in the Democratic Fifth Senate District.

She was active on the campaign trail in the general election but stayed on at her clerk’s office job. She had her own financial struggles, including a 2003 guilty plea for check fraud in New Mexico.

She will lean on Lemmons for his policy knowledge while she learns the ropes in Lansing.

Lemmons, who served in the Michigan House from 1999-2002 and 2005- 2006, had sought his own seat in the state Senate. He ran last fall, finishing fifth in the Second District primary.

He now takes her to work every day.

Lemmons has feuded with some local officials in Detroit politics. His role in Alexander’s winning campaign frustrated some area leaders who praised Knezek’s work and participation in the Democratic Party.

Lemmons will earn $60,000 a year in his role as chief of staff, as will Dennis Denno, who serves as a legislative aide to Alexander, according to records by the Senate Business Office.

Knezek had never heard of Alexander before her primary win, but has talked to her since and is optimistic about her prospects as a state legislator.

Like all freshman lawmakers, Alexander recently completed an “orientation” and participated in a training seminar at Michigan State University.

Knezek hosted a meet-and-greet for Alexander in Dearborn Heights in late October. They have not been in regular communication since.

“I wish nothing but success for my state senator, and I wish her the best,” said Knezek, who now works as a legislative director for Attorney General Dana Nessel. “If there’s anything that I or my office can do, we stand ready to assist at any time.”