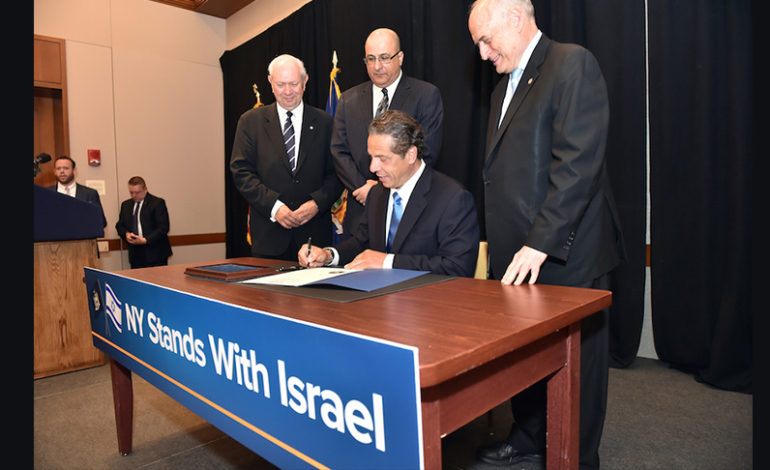 WASHINGTON, D.C. – The boycott, divestment and sanctions movement has apparently shaken enough trees in the Zionist-Israeli avenue to provoke a local reaction in the Senate, where Republicans are trying to pass a bill making the movement illegal.

Two Republican Senators, Marco Rubio from Florida and James Risch from Idaho, introduced a bill that “protects” states from passing laws targeting the BDS movement, including states that ban contracts with Israel boycotters.

According to the Republican Jewish Coalition (RJC), 43 of the votes against were from Senate Democrats. The bill would have sanctioned the “brutal” Syrian regime, authorized state/local governments to fight back against the BDS movement, extend military assistance to Israel and reauthorize Israeli defense cooperation with Jordan, a “close” Israeli ally.

Amer Zahr, a political activist and law professor at the University of Detroit Mercy,  told The AANews that, “as a community, we shouldn’t get excited about the bill getting blocked, as it will probably be introduced again after the government shutdown business is dealt with. The BDS movement is gaining momentum in the U.S.A and around the world and that is worrying Israel and its backers.

“We should, however, get our senators to vote against it,” he added. “The good news is that high profile Senators like Bernie Sanders (I-VT) and Dianne Feinstein (D-CA) expressed their opposition towards the bill on the grounds of free speech.”

Similar anti-BDS bills have been challenged and shut down in states like Kansas and Arizona.

Israel Today, an Israeli monthly news publication, claims that the BDS movement has been ineffective in the economic global market.

“The true story is that after nearly 10 years of campaigning, the global BDS movement has not had the slightest economic impact,” said Brian Schrauger, a writer at Israel Today. “Its victories have consisted of coaxing a handful of pop stars and academics to cancel appearances in Israel and winning empty, sanctimonious declarations of support from the likes of student governments, cooperative grocery stories and leftish church groups.”

However, if the BDS movement has had “no impact” on the Israeli lobby in America and Israel’s well-being in general, then why is it making so much noise and why is the Israeli lobby pushing to introduce an anti-BDS bill that violates a Constitutional right to freedom of expression and political activity?

These reactions beg to question how much of a threat the BDS movement has become to Israel.

“They are lying,” Zahr said, shutting down any comments that suggest that the BDS is ineffective. “The BDS is extremely effective, maybe not on the economic front, but in keeping the conversation going about Palestine parallel to that of South Africa, which Israel sees as a threat.”

“The House of Representatives is considering numerous other matters during the [government] shutdown, so we do not see why the Senate should be deemed incapable of walking and chewing gum at the same time,” Yaakov Menken, the managing director of the Coalition for Jewish Values, said in a statement published by the Jewish News Syndicate. “Legislation to fight anti-Semitism and enhance Middle East security should not be held hostage to a partisan fight, much less mischaracterized as threatening free speech.”

If the BDS movement is “ineffective”, then the question is why is it making so much noise in the fight for “enhancing Middle East security” and why is it a priority for the pro-Israeli lobby to prevent the BDS movement from progressing?

Zahr said Israel knows that once the facts about its political activities that violate Palestinians’ human rights are out, it would lose on the global scene, which is why the BDS forms a threat by exposing these violations.

“Let’s get our priorities right,” he said. “It’s absurd that the first bill during the shutdown is legislation which punishes Americans who exercise their Constitutional right to engage in political activity. Democrats must block consideration of any bills that don’t reopen the government.”