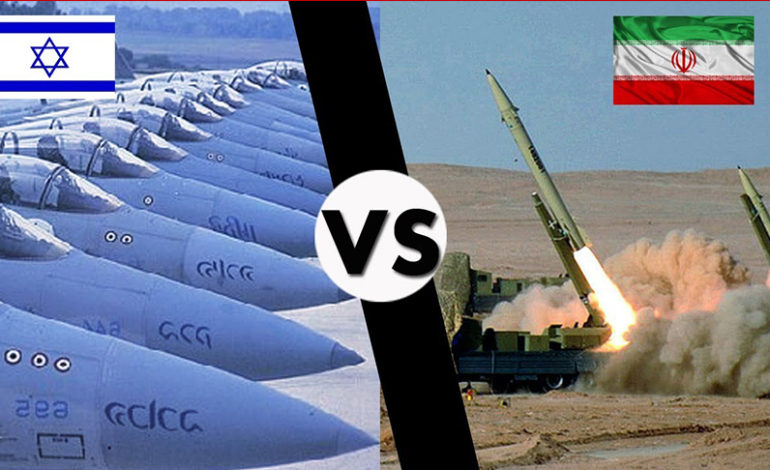 The head of Iran’s air force said on Monday the country was impatient to fight Israel and destroy it, a state-linked news website said.

“The young people in the air force are fully ready and impatient to confront the Zionist regime and eliminate it from the Earth,” Brigadier General Aziz Nasirzadeh was quoted as saying by the Young Journalist Club, a website supervised by state television.

Israel struck in Syria early on Monday as part of its increasingly open assault on Iran’s presence there, shaking the night sky over Damascus with an hour of loud explosions in a second consecutive night of military action.

The threat of open confrontation between arch-enemies Israel and Iran has long simmered in Syria, as the Iranian military has established a presence there since early in its civil war in support of President Bashar al-Assad against Islamist rebels.

Israel, regarding Iran as its biggest threat, has repeatedly attacked Iranian targets and those of allied militia, including Lebanon’s Hezbollah, in Syria, aiming to push them far from its frontier.

The Israeli military said its fighter jets had attacked the Iranian targets early on Monday, including munition stores, a position in the Damascus International Airport, an intelligence site and a military training camp. What is believed to be guided missiles are seen in the sky during what is reported to be an attack in Damascus, Syria, January 21, 2019, in this still image taken from a video obtained from social media. Facebook Diary of a Mortar Shell in Damascus/Youmiyat Qadifat Hawun fi Damashq/via REUTERS

Israel said its target was the Iranian Quds Force, a special unit in charge of the Islamic Revolutionary Guards Corps overseas operations, the Israeli military said.

It followed a previous night of cross-border fire, which Israel said was prompted by a rocket fired at a packed ski resort in the Golan Heights, close to the frontier with Syria.

Israel did not say who it suspected of carrying out the rocket attack.

Syria said it was Israel that had attacked, and its own air defenses that had repelled the assault.

He told his cabinet Israel had carried out “hundreds” of attacks over the past years of Syria’s war to curtail Iran and its ally Hezbollah.

Iran has said it has no plans to quit Syria, where it has helped Assad fight off an eight-year rebellion against his rule. Most of the country is now back under Damascus’ control, and Assad’s alliances with both Iran and Russia remain very strong.