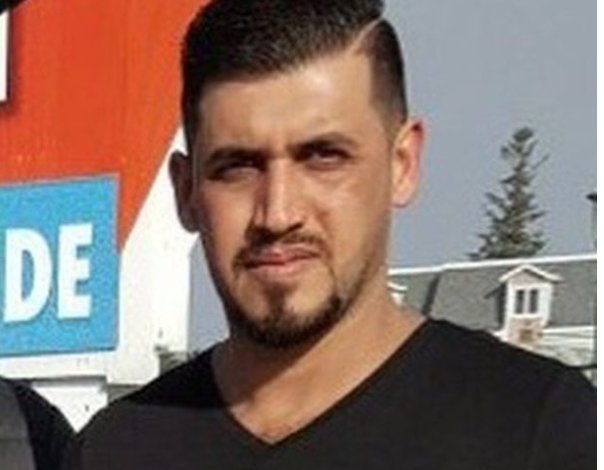 DEARBORN — An Arab American father of three young children is dead after being shot Saturday, January 19, at a Marathon gas station in Inkster.

The Wayne County Prosecutor’s Office has ruled the fatal shooting a case of self-defense and no charges will be filed against the shooter.

Wayne County Prosecutor’s Office rules the case was in self-defense under Michigan law, no charges will be filed

Prosecutor Kym Worthy’s office announced the decision Wednesday after reviewing video evidence of the incident and determined the shooter was acting in self-defense.

Surveillance footage showed three utility workers standing near a truck when one of them starts arguing with Al-Tameemi. The argument quickly escalated into an altercation and then into a deadly shooting. A video grab of the 25-year-old shooter aiming his gun and shooting Ali Al-Tameemi on January 19, 2019 at an Inketer gas station.

“The investigation of this case revealed that the 25-year-old man (the utility worker whose name was not released) was the initial aggressor because he punched Al-Tameemi in the upper body, but did not cause him to fall to the ground,” the Wayne County Prosecutor’s office stated in a press release. “However, the man retreated and did not have a weapon drawn. Al-Tameemi had his gun drawn when he chased and pointed his weapon at the 25-year-old and confronted him. It was only after the gun was pointed at him that the younger man pulled out his weapon and fired shots at Al-Tameemi.”

The Wayne County Prosecutor’s Office has determined that “the Michigan law of self-defense is applicable in this case.  The 25-year-old had the right to use deadly force to defend himself because he had a reasonable belief that imminent death or great bodily harm would occur.  For this reason, the warrant has been denied.”

The Prosecutor’s Office has also noted in its release that “some media reports have said that the victim lost control of his gun that fell to the ground and his attacker picked it up.  This information is erroneous and is not based on the facts and evidence in the case.”

Al-Tameemi remembered as a good father and husband

As an immigrant and Iraqi refugee, Al-Tameemi came to America to seek freedom and opportunity to support himself and his family. He was the oldest of four siblings and was the sole supporter of his wife; three children ages 4, 5 and 10; parents and sisters.

His death brought much shock and an outpouring of tribute from the Iraqi American community.

“He’s a great community member and a good citizen,” said Husham Al-Husainy, imam and founder of Karbala Islamic Educational Center in Dearborn. “He is a very hard working man who pays taxes.”

Al-Husainy described Al-Tameemi and his colleagues as very good people who place value in their work and community.

“They all work as a team (as mechanics); they’re successful,” he said.

He said Al-Tameemi’s death brought shock and sadness to the entire community.

One of Al-Tameemi’s friends told The AANews that Al-Tameemi was a great friend whom everybody loved.

“These three beautiful angels were left behind,” he said. “If there was something different, it is because we’re Arabs, Iraqi. We left our country and came here for freedom and opportunity. Now, we have three angels (children) orphaned.”

The friend, who owns two auto dealerships and was a close colleague of Al-Tameemi, described him as a charming and soft person. He described the problem in the community as being disconnected.

“We just want to serve as one hand in the community: Lebanese, Iraqi, Yemenis, Palestinians, etc.,” he said. “This is our problem.”

“We have to work to put food on the table, and we do our best to serve,” said Durad Ahmed, a relative of Al-Tameemi. “We left Iraq for freedom and comfort.”

He said soon after Al-Tameemi made it to the U.S. from Iraq, he was killed.

“We, as Arabs, need to be one hand,” Ahmed said. “We need an opportunity for freedom and safety.”

Family and friends asked where the justice is. Many community members don’t know why Al-Tameemi is gone so soon. People within the community expressed their need for justice and freedom, for the law to protect them.

The funeral service took place in the Karbala Islamic Educational Center Monday afternoon, followed by burial in the Islamic Memorial Gardens in Westland.

Donations are being gathered in the community to cover the services and the burial, as well as for Al-Tameemi’s widow and children.

A GoFundMe page has also been set up to gather donations to support the family.