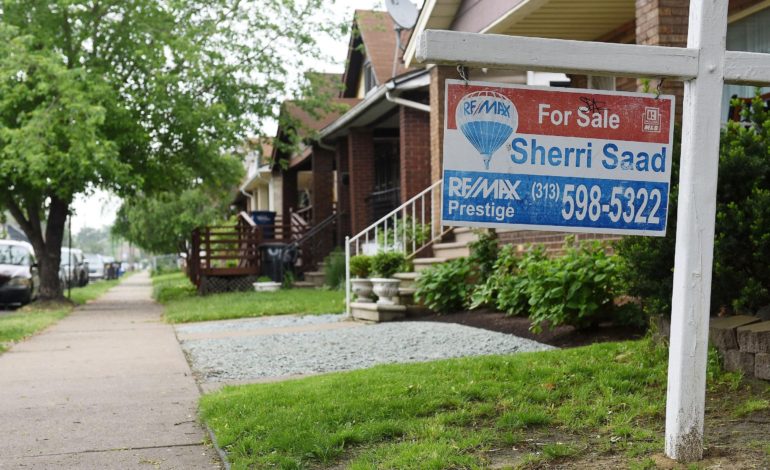 DETROIT — Mayor Mike Duggan announced Tuesday that in 2018 residential property values increased in more than 90 percent of Detroit’s 194 neighborhoods. He said it’s a sign that revitalization efforts are impacting more areas of the city.

“I always thought that we would see double-digit increases,” Duggan said Tuesday during a press conference. “But it’s one thing to think it should be happening and it’s another thing when the assessor walks into your office and shows you the map that it’s happening all across the city. That’s reassuring.”

The average of residential value citywide increased 12 percent. Several neighborhoods saw gains of more than 20 percent, according to data released Tuesday by the City Assessor’s Office.

The new values are based on two years of market data, including almost 11,000 valid arms-length transactions and a 16 percent increase in activity from the last year’s assessment, city officials said.

According to the data, residential properties gained more than $400 million in value in 2018 compared to the year before.

Before last year, residential property values in the city dropped annually for 17 years, including an almost $1 billion drop from 2013 to 2014, according to city officials. Last year, the city announced an increase of 5 percent in assessments.

Assessed residential value changes in the city’s neighborhoods include:

While property values in Detroit have increased, property taxes for most will not, city officials said.

Under state law, the annual increase in property taxes is capped at 1.02 percent. Most Detroiters will see around a 1 percent tax increase, city officials said.

“With those increases, we are also going to see increases in pride and in neighborhood standards,” Ayers said during a press conference. ”I’m hoping it creates an infectious trend that goes through every corner of this city where they have a different level of pride because they see the fruits of their labor being returned back to their property.”

Councilman Scott Benson said the city is on its way back.

“A large majority of our residents hold wealth within their properties,” Benson said. “To at times see double-digit increase means you are going to see more money and now an opportunity to access credit that hasn’t been available to Detroiters in the past. This is huge.”

The city spent the last several years conducting a citywide reassessment of properties to bring them in line with market value.

The reassessment, initiated in 2014, is part of a state overhaul to bring Detroit’s assessment role into compliance with the General Property Tax Act to ensure assessments are at one half of the market value.

The city had been operating under state oversight since 2014 in the wake of mismanagement in Detroit’s Assessment Division, widespread over-assessments and rampant tax delinquencies. That lifted in August 2017.

The reappraisal showed a 35 percent increase in value citywide. The assessed value for all commercial properties went from $2.96 billion to more than $4.5 billion.

City officials said most of the value growth occurred in the city’s core, but commercial properties across the city saw significant increases in their values.

“This sends a clear message that Detroit is a good investment,” Duggan said. “There is a great deal of activity taking place in our neighborhood commercial districts and we expect these values to continue to rise.”

Proposed assessment notices are being mailed out this week to the city’s 270,000 residential and industrial property owners.

Bills will be mailed out in July and payments are due Aug. 15. Commercial property owners will receive their notices later.