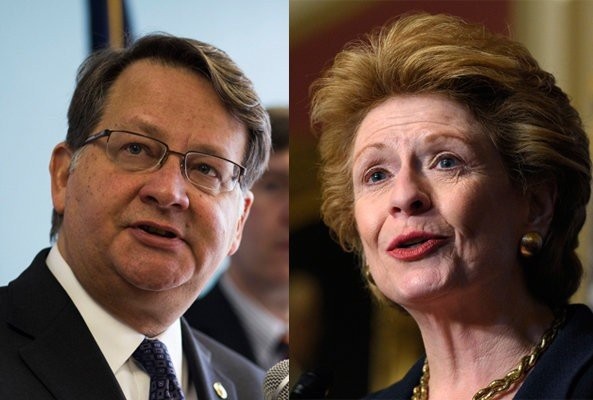 The Combating BDS bill has advanced to a final vote.

WASHINGTON — The United States Senate voted overwhelmingly in favor of a bill that would give states the power to pass laws banning business with supporters of the Boycott, Divestment and Sanctions (BDS) campaign against Israel, advancing the bill known as S.1.

The final tally was 74-19 in favor of the bill, which also codifies former President Obama’s 10-year, $38 billion military aid deal with Israel, includes support for the Jordanian government, adds sanctions on Syria, and includes the controversial Combating BDS Act.

Despite strong opposition from free speech advocates including former presidential candidate Bernie Sanders of Vermont, who voted against the bill, 25 Democrats voted in favor, including Senator Debbie Stabenow of Michigan.

Democratic Senator Gary Peters of Michigan voted against the bill, however.

The bill was supported by many pro-Israel organizations, including AIPAC, while others were vehemently against it.

“It’s vile that a law aimed at suppressing our democratic rights and silencing those fighting for solidarity with Palestinians would even make it to the Senate floor,” said the American Jewish Advocacy group IfNotNow, following the vote. “Shame on our community’s establishment for pushing this bill forward.”

Sanders is concerned about the bill’s violation of First Amendment rights.

“While I do not support the BDS movement, we must defend every American’s constitutional right to engage in political activity,” the senator said in a tweet on Jan. 28. “It is clear to me that this bill would violate Americans’ First Amendment rights.”

Already, 26 states have passed measures forbidding state entities from contracting with or investing in groups that boycott Israel, according to a report from Forward.com, two presidential candidates, Kirsten Gillibrand of New York and Elizabeth Warren of Massachusetts, voted against the bill.

The bill had stalled during the government shutdown, but will now advance for debate and a final vote. Debate on the House floor is likely to be spirited, especially with the presence of outspoken pro-BDS House reps. Rashida Tlaib (D-Michigan) and Ilhan Omar (D-Minnesota).