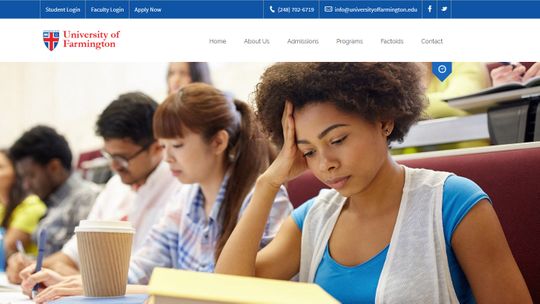 The sting operations took place from February 2017 until earlier this month, during which undercover agents posed as owners and employees.

The fake university was dubbed The University of Farmington, and was allegedly located in Farmington Hills.

“Each of the foreign citizens who ‘enrolled’ and made ‘tuition’ payments to the University knew that they would not attend any actual classes, earn credits, or make academic progress toward an actual degree in a particular field of study – a ‘pay to stay’ scheme,” the indictment reads.

“Rather, their intent was to fraudulently maintain their student visa status and to obtain work authorization under the CPT (curricular practical training) program.”

It added that the university was being used by foreign citizens as a “pay-to-stay” scheme that allowed immigrants to stay in the United States. The indictment stated that they were involved in the Student and Exchange Visitor program, which is run by the Department of Homeland Security.

Each student allegedly knew the programs were not approved by the department, and that the process was illegal.

In total, eight people were charged with participating in a conspiracy to help at least 600 foreign citizens to stay in the U.S. They allegedly spent time as recruiters from the university and profited from the scheme, the indictment says.

The University of Farmington website was still online as of Wednesday, Jan. 30, and can be viewed at https://universityoffarmington.edu.