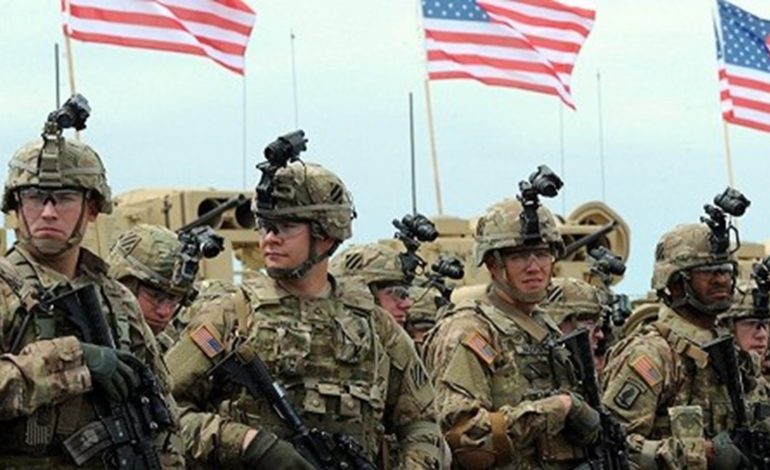 WASHINGTON, DC — President Trump said on Wednesday he expected a formal announcement as early as next week that the coalition fighting ISIS militants has reclaimed all of the territory previously held by the extremist group.

“Their land is gone. It’s a big factor — their land is gone,” Trump told foreign ministers and other senior officials from 79 countries that have worked alongside the United States in fighting the militant group in Syria and Iraq.

Trump’s decision to withdraw U.S. forces from Syria has prompted some criticism at home from both Republican and Democratic lawmakers, who fear ISIS could regain its strength.

A top U.S. Army general for the region, Joseph Votel, said in Senate testimony on Tuesday that the group could experience a resurgence after a U.S. pullout.

Trump did not back down from his determination to withdraw, saying, “We look forward to giving our brave warriors in Syria a warm welcome home.”

“The United States military, our coalition partners and the Syrian Democratic Forces have liberated virtually all of the territory previously held by ISIS in Syria and Iraq,” Trump told the gathering at the State Department.

He said the achievement “should be formally announced, sometime, probably next week, that we will have 100 percent of the caliphate.”

Earlier, U.S. Secretary of State Mike Pompeo reassured the coalition partners that the withdrawal of U.S. troops from Syria was not “the end of America’s fight” and called on them to help permanently defeat ISIS in Syria and Iraq.

“The U.S. troops withdrawing from Syria is not the end of America’s fight,” Pompeo said. “The fight is one we will continue to wage alongside you. The drawdown in troops is essentially a tactical change; it is not a change in the mission. It simply represents a new stage in an old fight.”