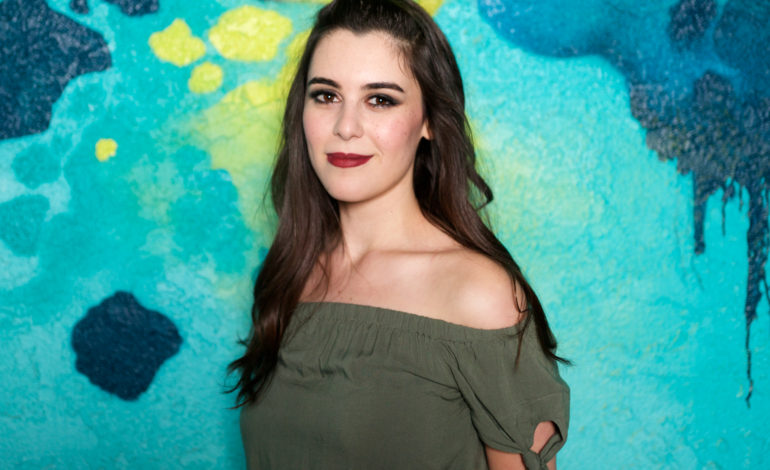 In “All That Remains”, 25-year-old Milki collaborates with Brian Steckler and String Mob to bring a string quartet to life.

“This project is deeply personal to me,” she said, adding that the song is a tribute to Sami Hamade a beloved friend and father figure to her.

Milki said she lost Hamade, a University of  Michigan football fan, last year to a sudden, rare and aggressive cancer at age 57, only two months after his diagnosis. “Songwriting was an important stepping stone in confronting and processing grief,” Milki said. “I hope this song can provide an outlet for those who have experienced loss both in its life-rupturing enormity and in its unparalleled ability to highlight love, light and the healing power of community.

“I like to write songs that are more like musings,” she added. “Just really tap into that real, intimate singer-songwriter vibe.”

In her album “Promises”, released about two years ago, Milki uses Arabic language in some songs, along with English, to “introduce the cultural elements” of her identity.

“That tends to resonate not only with the Arab American population,” she said. “Going back to Lebanon, people receive that with a more of this unique warmth.”

The singer, songwriter and musician grew up in Northern California. She moved to Los Angeles in 2011 to study communication, song writing and the music industry at the University of Southern California.

“I’ve been invited to come back and perform or share my music with certain cultural centers or networks,” she said. “Even in LA that’s been my way in. I naturally tend to seek those things out. I like to know that there’s that presence around me. It’s really helped with my own music and I get to share that with them in a special way.”

Milki said college gave her a safety net to transition to life in LA. Soon after graduating in 2015 she said she sought out the Lebanese community in the area.

“I started performing at events and getting to know everyone,” she said. “I’ve found those connections to be strong and that’s lead to more nationwide communities as well.”

She also studied piano with the Royal Conservatory of Music in Toronto, Ontario and teaches music when she isn’t working creatively.

Milki said all of her music is self-released, which helps her represent herself.

“Social media has been huge to connect with the Arab American community,” she said. “There’s a unique sense of bonding approaching our lives and careers in a different lens.”

Milki plans to donate the proceeds from her new song and video “All That Remains” to The Stanford Hospital Duodenal Cancer Research Fund in memory of Hamade.

Milki’s music is available for listening on Spotify, Apple Music and Amazon.com.