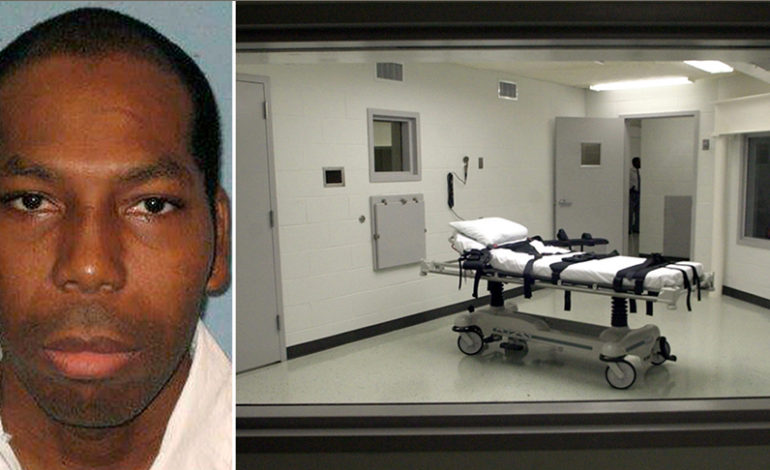 MONTGOMERY, Ala — On February 7, a Muslim man was executed in Alabama as originally scheduled, after the U.S. Supreme Court voted five-to-four to allow the execution and denied his request for an imam’s presence in the execution chamber.

Dominique Ray was convicted of killing a 15-year-old in 1995. Ray, 42, was put to death by lethal injection, without his longtime imam, Yusef Maisonet, at his side.

His attorneys say Alabama’s execution procedure favors Christian inmates because a Christian chaplain employed by the prison typically remains in the execution chamber during a lethal injection.

As a Muslim, Ray had asked that his imam replace the chaplain in the death chamber, but the request was denied. The state said it refuses to let a non-prison employee into the room where the lethal injection is given, yet it has agreed to skip its usual practice of having the chaplain present.

“The central constitutional problem here is that the state has regularly placed a Christian cleric in the execution room to minister to the needs of Christian inmates, but has refused to provide the same benefit to a devout Muslim and all other non-Christians,” the U.S. Court of Appeals for the Eleventh Circuit wrote on Feb. 6. This was determined by a panel of three judges while referring to the section of the First Amendment that prohibits the state from establishing preference toward a certain religion.

The Supreme Court disagreed, considering the lower court’s stay “an abuse of discretion.” The court said Ray had waited until January 28, the week before his execution, to file an appeal. The Supreme Court ruled in Alabama’s favor, upholding the state’s claim that Ray was denied his request to maintain the prison’s safety.

Being a devout Muslim since 2006, Ray was only informed that an imam would not be allowed in the room on January 23, meaning he had just two full business days to confer with his lawyers and file the appeal.

Although Imam Maisonet was not in the room, the prison did agree to Ray’s request that a Christian chaplain would not be present for his injection, and that Maisonet was with Ray up until he passed into the execution chamber.

For nearly 20 years, Ray had been incarcerated at the Holman Correctional Facility in Atmore, Alabama, following his conviction in 1999 for raping and killing a 15-year-old girl — just five and a half months after the then-22-year-old was found guilty in the murders of two teenage boys two hours north in Selma.

Even so, according to a report from ProPublica, Ray’s lawyers claimed that the attorney representing their client inadequately defended him, that prosecutors withheld evidence of other suspects and that the state withheld evidence casting doubt on the testimony of a critical witness who was suffering from schizophrenia when he testified.

Ray was the 64th inmate executed in Alabama since the death penalty was reinstated in 1976.