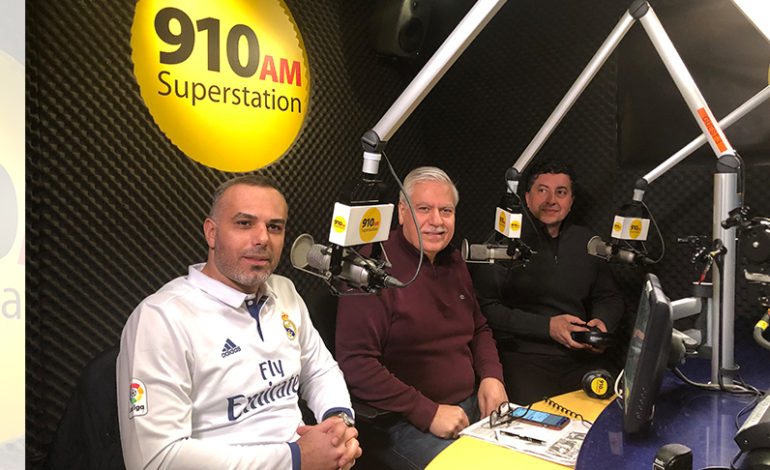 DETROIT — A recent admission by the Department of Homeland security that the federal government has shared names of people on the private terror watch list with more than 1,400 private groups has brought the controversial issue back into the spotlight.

While the federal government insists that the list is necessary for protecting national security interests, many civil rights groups, including the ACLU, the Council on American-Islamic Relations and the Arab American Civil Rights League, have continued to challenge the government on the issue.

Nasser Beydoun, chairman of the Arab American Civil Rights League in Dearborn, has experienced the frustrations of being on the list first-hand, which is why he sued the federal government in 2014 to have his name removed from the list.

More than 1 million people are believed to be on the list, including a large number of Arab and Muslim Americans. Beydoun’s name was finally dropped, but the legal battle and threat to many innocent people’s livelihoods remains, civil rights leaders say.

“The federal government dropped me from the list, but we continued to pursue the lawsuit because it was bigger than that,” Beydoun said on the Osama Siblani Show last week, which airs from 8 to 10 p.m. Saturdays on AM 910 Superstation in Detroit.

Beydoun eventually lost the lawsuit after an up-and-down series of court decisions that ended in the Sixth Circuit Court.

“Basically they said it was okay to inconvenience a U.S. citizen because I was not denied the right to fly,” Beydoun said. “They just put me through ‘extra scrutiny.’”

Despite the feds’ definition, the process is extraordinarily difficult, degrading and intimidating for those on the list, Siblani’s other guest, attorney Helal Farhat said. Farhat, the chairman of the BRIDGES organization created after 9/11 to engage and communicate with federal agencies over controversial issues, has heard from many people who have experienced what it’s like first-hand.

“Just coming in from a flight, a lot of people coming from the Middle East, just the feeling you get, you’re coming back into your country with armed guards with M16s or whatever weapons they carry, dogs all over the place,” he said.

“It just did not feel very welcoming, it felt very hostile.”

A colleague of Farhat’s also shared a story of how his son, a toddler who was about 2-years-old at the time, was somehow found to be on the watch list.

Upon returning from a trip to the Bahamas, the parents were forced to answer questions from a TSA agent, including whether the child was involved in terrorist groups of whether he had ever funneled money.

According to Beydoun, passengers are repeatedly subjected to long delays after airport agents are forced to call Washington, D.C. in order to verify the safety of each traveler.

Electronic files are downloaded, credit cards are taken and papers are photocopied, among other protocols.

“A lot of bank closures happen and they don’t tell them, this could be one of the reasons why,” he said.

A caller to the show named Hussein said he’s been trying unsuccessfully to get off the list since 2010, despite the help of his attorney. His wife has been denied her citizenship for two years and he was forced to spend six hours at the airport while being asked questions about his religion, whether he knows any terrorists and more.

“You are preaching to the choir,” Siblani said, equating the issue of “flying as an Arab or Muslim” to driving while Black.

Last week attorney Nabih Ayad, the chairman of the Wayne County Airport Authority Board, said the list should be challenged, calling it “fundamentally flawed.” A class-action lawsuit from both CAIR and the ACLU is still pending.

The show can be seen in its entirety on the Superstation’s Facebook page here.