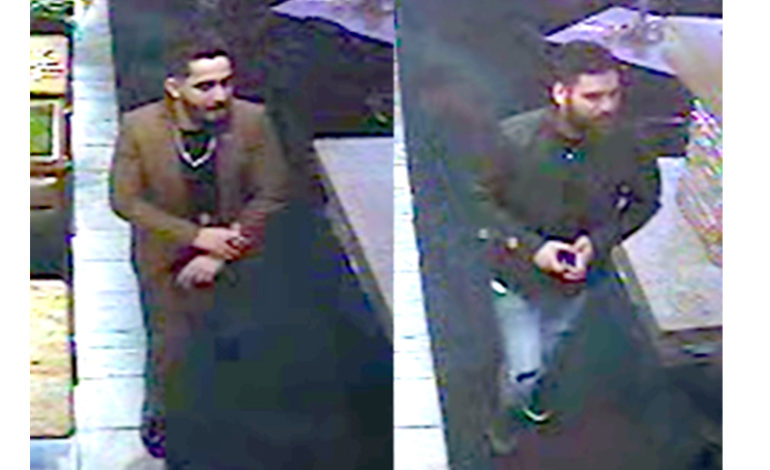 The subjects in the attached pictures are people of interest captured on surveillance footage on Jan. 5- Photo form Dearborn Police

DEARBORN— Dearborn police are requesting assistance from the public in identifying suspects involved in an assault and gunshots fired at the Ram’s Horn restaurant on Greenfield Road last month.

On January 5, Dearborn Police officers responded to a call from the restaurant on a report of gunshots being fired. Witnesses described an early morning altercation that escalated to several gunshots being fired at a vehicle as it fled the scene at approximately 5:30 am. Witnesses indicated that they had been speaking with staff near the hostess stand, prior to the incident in the parking lot.

Dearborn Police Chief Ron Haddad urged the public to come forward and provide information regarding the individuals involved in this incident. Anyone with information can call 313-943-2241 or Crime Stoppers at 1-800-SPEAK-UP. Calls will remain anonymous.