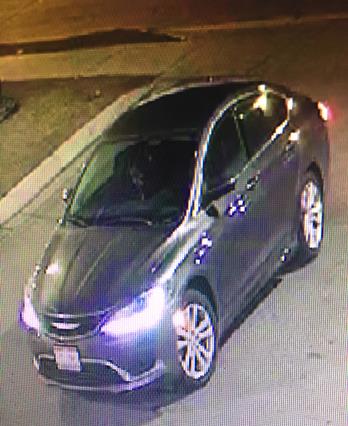 Suspects' vehicle: Gray Chrysler 200 with Ohio license plates on the front and rear of the vehicle- Photo from Dearborn Police Department

DEARBORN — Dearborn Police request assistance from the public in identifying the suspects involved in an assault at the Taco Bell on W. Warren Avenue earlier this month.

On February 9, Dearborn Police officers responded to the Taco Bell and found an unresponsive female victim lying on the pavement in the parking lot.

The investigation revealed that after a traffic dispute, an unknown Black male and Black female assaulted the victim.  The male “body slammed” the victim onto the pavement, which rendered her unconscious.

Both suspects were described as being approximately 20-years-old and driving a newer model gray Chrysler 200 with Ohio license plates.

Anybody with information regarding this incident is urged to call the Dearborn Police at 313-943-2241. If they wish to remain anonymous, they can call Crime Stoppers at 1-800-SPEAK-UP.