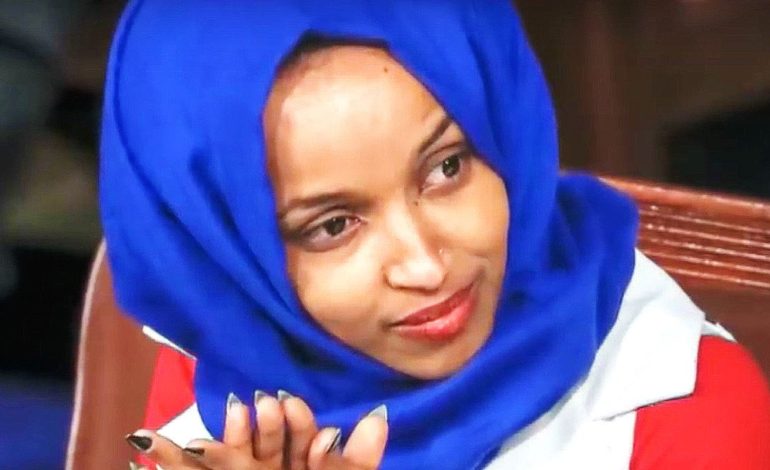 WASHINGTON, D.C. — Just days after lawmakers nearly came to blows in West Virginia over a poster linking her to the 9/11 attacks solely because of her religion Democratic state rep. Ilhan Omar of Minnesota is once again fending off an attack from a colleague.

On Friday, March 1, Rep. Eliot Engel (D-N.Y.),  chairman of the House Foreign Affairs Committee,  called on Omar to apologize for what he called “a vile, anti-Semitic slur” she made at a town hall event in Washington, D.C. on Wednesday, Feb. 27, during which she suggested that Israel demands “allegiance” from American lawmakers.

“I want to talk about the political influence in this country that says it is OK for people to push for allegiance to a foreign country,” Omar said in a Facebook video of the event.

Other speakers at the event included Rep. Rashida Tlaib of Michigan, Pramila Jayapal of Washington state and Mark Pocan of Wisconsin.

Omar added that she was concerned that because of their religion, “a lot of our Jewish colleagues, a lot of our constituents, a lot of our allies, (think) that everything we say about Israel (is) anti-Semitic because we are Muslim”, adding that such charges are “designed to end the debate” about how Israel treats Palestinians, a USA Today report said.

Engel said it was “unacceptable and deeply offensive to question the loyalty of fellow American citizens because of their political views, including support for the Israel-U.S. relationship”, in a statement on Friday. “Worse, Representative Omar’s comments leveled that charge by invoking a vile anti-Semitic slur.”

In a series of tweets Sunday, Omar responded to critics.

Replying to a tweet from Rep. Nita Lowey of New York, who wrote that “lawmakers must be able to debate” without “prejudice or bigotry”, Omar wrote, “Our democracy is built on debate, Congresswoman! I should not be expected to have allegiance/pledge support to a foreign country in order to serve my country in Congress.”

She later said that she is receiving heat from her colleagues because of her willingness to address these issues head-on.

“I am told everyday that I am anti-American if I am not pro-Israel,” Omar tweeted. “I find that to be problematic and I am not alone. I just happen to be willing to speak up on it and open myself to attacks.”

Omar also added that being opposed to Israeli Prime Minister Benjamin Netanyahu and the occupation of Palestine is not the same as being anti-Semitic.

“I am grateful to the many Jewish allies who have spoken out and said the same.”

Ironically, Omar previously retweeted Engel’s tweet over the weekend defending her after the West Virginia incident.

“Absolutely horrible to see this blatant Islamophobic smear,” Engel tweeted on Saturday about the incident.

“Bigotry and dog-whistles of all kind are unacceptable. Whether its anti-Semitism, Islamophobia or any kind of hatred, we must call it out when we see it.”

Omar’s outspokenness continues to be an issue for many in the Republican Party as well.

“My Americanness is questioned by the president and the @GOP on a daily basis, yet my colleagues remain silent,” Omar said. “I know what it means to be American and no one will ever tell me otherwise.”