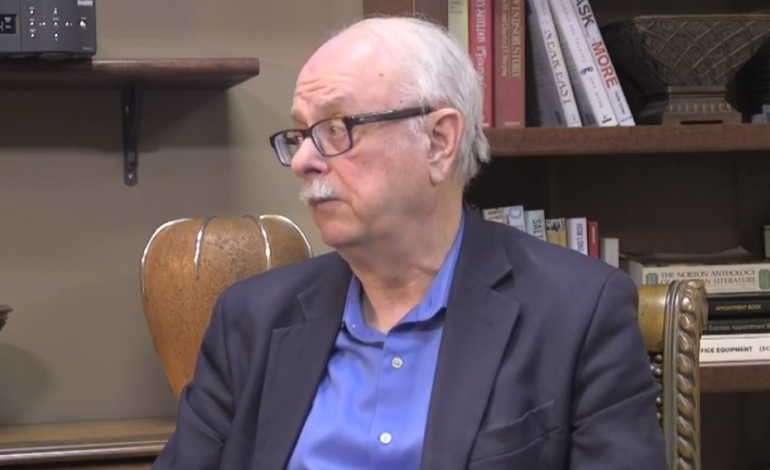 DEARBORN — Dearborn Heights Mayor Daniel Paletko spoke publicly about the alleged missing funds in his city on Tuesday, clearing the air on allegations from City Council members and others who said approximately $1.4 million was allegedly “missing” from the books.

“Nothing was missing and we feel very comfortable we’ve been spending the money as we’re required to,” Paletko told The Arab American News Publisher Osama Siblani during a video interview posted to Facebook.

Paletko reiterated that the dispute was over how money from the city’s Public, Educational and Governmental Fund (PEG) had been spent. He met with attorney Neil Lehto, who assured him that the funds could be spent on operations, rather than just equipment for the city’s broadcasting department, which was at the heart of the dispute.

“It’s unfortunate that the term missing was used because nothing is missing, all of the funds of the city are audited,” Paletko said, adding that the employees who the money was spent on are all part time, “so it’s very easy to identify.”

He added that what the Council members said was “wrong.”

As for the motivation behind the accusations, Paletko had strong words.

“I think it was used for political purposes, (but) it was very damaging as a whole,” he said. “It was really an attack on all of us; it makes the city look bad (but) there’s no foundation to these claims.”

The city received the highest rating a CPA can award a client by Plante Moran, Paletko said, adding that all of the books in the city are audited annually on June 30.

He said he met with Councilman Ray Muscat, who made the accusations, on Monday and had a “good discussion” that will lead to further talks with the entire Council.

“The term of ‘missing’ was not the appropriate term,” Paletko said.  “There was a disagreement on whether or not this could be spent on items other than equipment.”

He added that he feels comfortable the air will be cleared at the next meeting.

Paletko also discussed the growing business renaissance on Ford Road in the city, which he said was the result of a move by Mohamed Sobh, the city’s former building and engineering director (Sobh resigned this past October amid harassment and extortion accusations; he has threatened to sue the councilman, Bill Bazzi, who made them; Paletko noted that the complaint had no legal basis).

Sobh’s plan to rezone the south side of the Ford Road commercial area from Inkster to John Daly Roads has allowed business owners to thrive, Paletko said, shortening the approval time and avoiding months of individual rezoning requests and wait times.

The area is now thriving because of mostly Lebanese American business and home owners, in stark contrast to other cities nearby, Paletko said.

“I’m very proud of what has taken place,” he said. “The group that needs to be complimented are the Arab Americans, specifically the Lebanese community. They have invested a great amount of money in homes and businesses, which has really made the city a growth city again.”

Paletko also discussed the growing number of Arab Americans and other minorities in the police department, where diversity was previously lacking, as well as his plans for diversifying the fire department in the coming years.

He also said the city is working to reduce property taxes, which have been a sticking point for many residents.

The full interview can be seen on The Arab American News Facebook page.