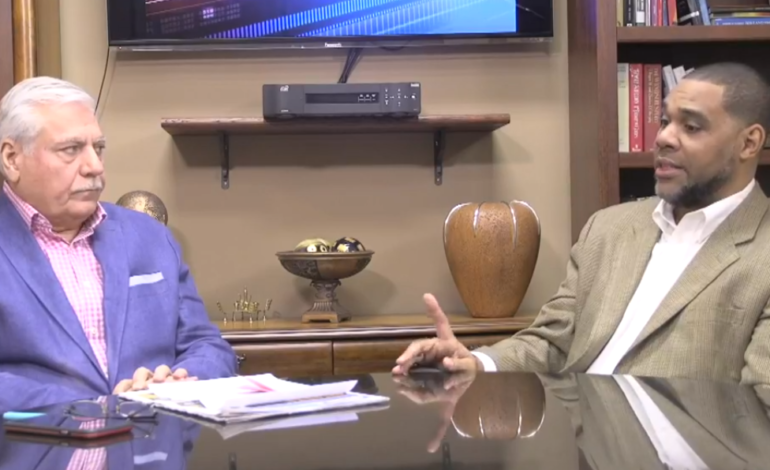 DEARBORN — The Council on American-Islamic Relations of Michigan (CAIR-MI) has been busy in recent months, especially as Muslim Americans have attained success and radicalized threats against them have grown.

According to Executive Director Dawud Walid, hate crime statistics against Muslims have increased during the past two years of the Trump administration. Attempts to injure Muslim Americans as well as acts of vandalism against them, including a recent incident in Ypsilanti involving hateful graffiti on a man’s garage, have been on the rise.

This climate of suspicion and disdain has been reflected at the highest levels of government, including in West Virginia this past weekend, where lawmakers nearly came to blows over a defamatory poster linking U.S. Rep. Ilhan Omar (D-MN) to the 9/11 terror attacks.

Omar has also faced death threats, which are being investigated by the FBI, Walid said on The Arab American News Publisher Osama Siblani’s weekly broadcast on Facebook.

Believing this to be a critical time in the history of Muslim Americans, Walid called on the audience to reach out to their congresspeople to demand Omar’s right to free speech be supported.

“It’s time; we should make demands and see who our real friends are and who our token friends are,” Walid said.

“Besides praying for her, they should be calling their congresspeople’s office and senator’s office at the national level,” he said. “We should be flooding their offices and saying that we support Ilhan Omar, we are your constituents and we’re not going to accept these resolutions and these marginalizations.”

Walid also added that comments against Omar, who has been outspoken about the American Israeli Public Affairs Committee’s (AIPAC) financial and other influences over Congress, may be endangering her life. Omar has been denounced for being anti-Semitic, even though she has only spoken about legitimate political issues and not race or religion.

Walid said he believes that AIPAC’s influence is one of the main reasons that Omar has been condemned, although her ethnic and religious background has played a role.

“The amount of vitriol that has been heaped on Rep. Ilhan Omar, who comes from a refugee background, is a Black woman, a Muslim who wears hijab,” Walid said. “She has faced 10 times more than what Ron Paul ever faced after decades of serving, (by) questioning the funding of Israel.”

Omar, along with her colleague Rashida Tlaib, a fellow Democrat from Michigan and her contemporary as the first two Muslim women elected to Congress, has faced widespread criticism for candid comments and social media posts about AIPAC, the occupation of Palestine and similar topics.

Tlaib will be a featured speaker at the 2019 CAIR-MI Annual Banquet, which will be held from 12:30 p.m. to 4:30 p.m. on Sunday, March 17 at Burton Manor in Livonia. Tickets for the event can be purchased at CAIRMichigan.org or at the door. Walid recommends buying them early.

“One hundred percent of our budget is raised from people inside of state of Michigan,” Walid said. “We don’t solicit funds from other states, much less other countries.”