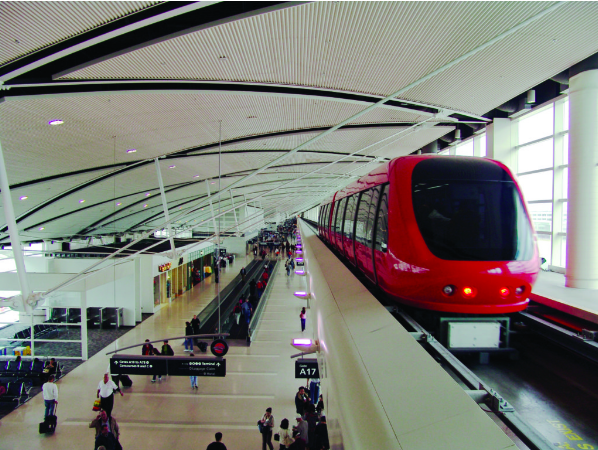 MONTREAL — Detroit Metropolitan Airport was named one of the top two in its category this week according to a press release from the Airports Council International.

Among airports with between 25 and 40 million passengers per year, Detroit Metro took home top honors along with the Minneapolis/St. Paul International Airport, the release said.

“To win an Airports Council International award is one of the greatest accomplishments an airport can achieve,” said Wayne County Airport Authority CEO Chad Newton in an email.

Newton has led a recent diversity hiring effort that has brought in numerous Arab American, African American and other airport personnel in security and other positions, helping to diversify the airport’s staff.

“It is a true honor for Detroit Metropolitan Airport to be named the best airport in North America within its size category in the 2018 Airport Service Quality Survey,” Newton said. “Our internal departments, along with our airline partners, tenants and federal partners, continue to raise the bar regarding customer service. We’ve updated our retail and food & beverage offerings throughout the terminals, opened nine nursing rooms and continue to offer flights that have a wide appeal. We strive to make traveling a positive experience for our customers and are delighted our customers have noticed.”