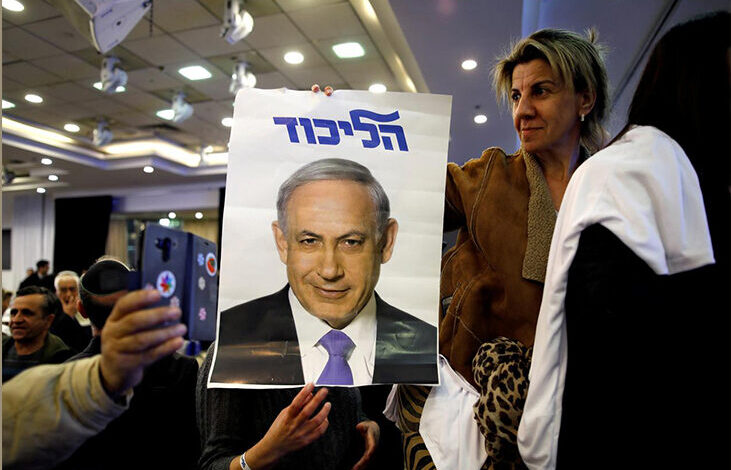 The Central Elections Committee’s decisions, taken late on Wednesday, were unlikely to be implemented before court appeals, but stoked an already acrimonious race for the April 9 vote.

Facing a corruption case and a merger of centrist parties that could defeat him, the conservative Netanyahu has allied with an ultra-nationalist list that includes the Jewish Power party to boost his chances.

The elections committee, made up of members of the outgoing parliament, struck down motions that had sought to bar as racist Jewish Power’s Michael Ben-Ari and Itamar Ben-Gvir, who are adherents of late anti-Arab rabbi Meir Kahane.

Left-wing party Meretz said it would appeal, along with center-left Labour, to the Supreme Court against the decision to let the Jewish Power candidates stand.

The committee also voted 17-10 to bar the joint Arab party Raam-Balad from the election in accordance with a motion filed by Netanyahu’s ruling Likud party. Likud says the Balad faction wants to eliminate Israel as a Jewish state and backs Palestinian and Lebanese militants.

“Those who support terrorism will not be in the Israeli Knesset!” Netanyahu wrote on Twitter.

Raam-Balad, a mix of Islamist and Arab nationalists, describes itself as a democratic movement opposed to Israel’s occupation of Palestinian territory.

“We have a fierce argument with Zionism,” Mansour Abbas, who heads the Raam faction, told Reuters.

“We undergo this travesty during every election campaign. In the end, the Supreme Court voids the Elections Committee’s political, populist decisions,” he said in separate remarks to Israel’s Army Radio on Thursday.

The Supreme Court did reinstate Balad after it was disqualified in 2009, when it ran separately in a parliamentary election.

Israel has in the past prosecuted two Balad figures for contacts with Palestinian militants and accused a former party leader of helping Hezbollah fighters during the 2006 Lebanon war, prompting him to emigrate to Qatar.

Netanyahu is battling for political survival after Israel’s attorney general said last week he plans to indict him in three corruption cases. He denies wrongdoing.