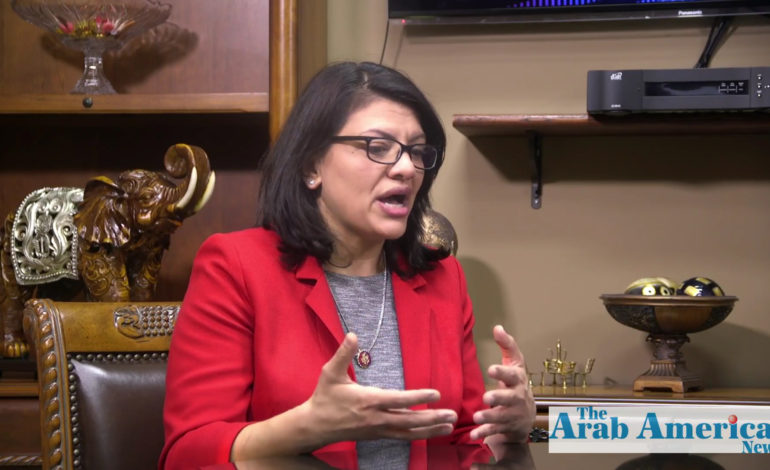 WASHINGTON D.C. – U.S. Rep. Rashida Tlaib (D-Detroit) announced at a news conference on Wednesday that she plans to file an impeachment resolution against President Trump.

Democratic leaders and committee chairs stressed that they aren’t at the impeachment stage in their investigations.

“When I speak to leadership they constantly remind me I have to represent my district,” Tlaib said. “I think every single colleague of mine agrees there’s impeachable offenses. That’s one thing that we all agree on. We may disagree on the pace.”

Tlaib pointed to the president’s firing of former FBI director James Comey and said he has, “basically been able to bully his way to get his way. It’s not in the best interests of the American people.”

The probe would lay the groundwork for Democrats to pursue impeachment proceedings if they choose.

“Impeachment’s a long way down the road,” Nadler said.

“Today, Chairman Nadler opened up a disgraceful and abusive investigation into tired, false allegations already investigated by the Special Counsel and committees in both Chambers of Congress,” White House press secretary Sarah Sanders said in a statement on Monday. “Chairman Nadler and his fellow Democrats have embarked on this fishing expedition because they are terrified that their two-year false narrative of ‘Russia collusion’ is crumbling. Their intimidation and abuse of American citizens is shameful.”