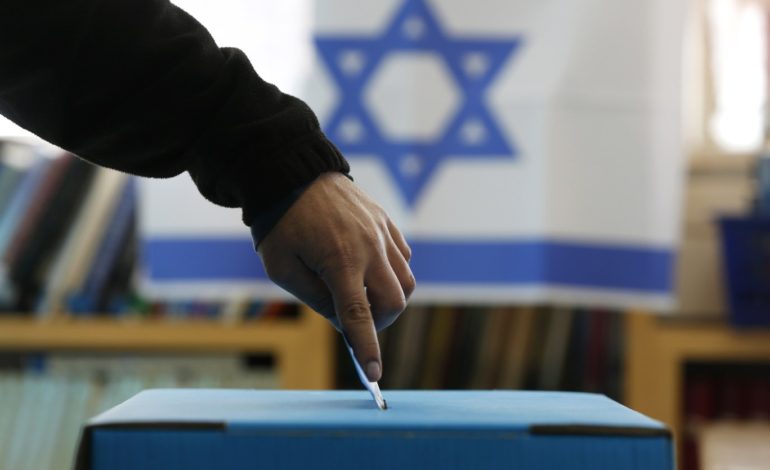 The anger did not emanate only from the Center, Left and Arab parties, but from some in the Right as well. Even the pro-Israel lobby in the U.S., known for its hawkish political views, spoke out against the sinister union.

“The views of Otzma Yehudit,” the American Israeli Public Affairs Committee (AIPAC) tweeted, “are reprehensible. They do not reflect the core values that are the very foundation of the State of Israel.”

But what if they do? And what if “Otzma Yehudit” is but a different political articulation of mainstream Israeli views, reflecting the very “core values” that even AIPAC has been blindly defending since its inception in 1953?

Prior to the alliance between Netanyahu’s right-wing Likud party, Rafi Peretz’s far-right Jewish Home and Otzma Yehudit, which was struck on February 20, Israel was hardly a liberal democracy that shunned racism and embraced political pluralism. Indeed, it must be understood that the inclusion of Otzma Yehudit in Israel’s mainstream political scene is consistent with the moral corruption of Israeli politics as a whole.

To protest the alliance between Netanyahu and the fanatical leaders of Otzma Yehudit is to suggest that mainstream Israeli politicians don’t represent the very chauvinistic, racist and violent ideals that the extremist party has championed since its formation in 2012.

Otzma Yehudit was resurrected by the followers of Brooklyn-born Rabbi Meir Kahane, who has advocated the ethnic cleansing of Palestinians and has led his followers in many violent incursions against Palestinian Arab communities, in Israel and in the occupied Palestinian territories.

His Kach party, banned in Israel four years after its formation in 1984, was even then not rejected for its “racist policies” as many in the media are now suggesting. The party operated outside the confines of the Israeli government agenda, thus it was forced out, but its violent ideas persisted in the Knesset until this day. If racism against Palestinians was truly a Kach-championed political anomaly, how is one to explain the racist Nation-State law, which defines Israel as a “the nation-state of the Jewish people” — elevating everything Jewish and degrading everything Palestinian?

The law is hardly different from Otzma Yehudit’s own constitution, which defines Israel as a “Jewish state in its character, its national symbols and its legal values”, also defining Hebrew as Israel’s “only official language.”

In fact, a careful reading of the party’s constitution and the text of the Nation-State law reveals astounding similarities. This suggests that since the days of Meir Kahane, it is Israeli society that has drawn closer to the views of Jewish extremists, not the other way around.

Indeed, Kahane was assassinated in 1990, but his ideas lived on, expanding along with Jewish settlements to finally capture mainstream imagination. The outrage against the Netanyahu-Otzma Yehudit alliance is likely motivated by a slight degree of fear that the ugly face of Zionism has been fully exposed to the world.

As for AIPAC, it is clear that no amount of carefully-worded diplomatic language will suffice to explain why the Israeli government is to be populated by members of a party that has been listed as a terrorist organization by the U.S. State Department since 1994.

Netanyahu is desperate and, as history has taught us, when the Israeli prime minister is in a political jam, he would stoop to any level to free himself. In the last general elections in 2015, Netanyahu made a final appeal to his supporters. “Arab voters are heading to the polling stations in droves,” he said, resorting to his typical style of fear-mongering. Unsurprisingly, he won.

Netanyahu is more desperate now than ever. His opponents in the Center are merging their parties in a new list, Kahol Lavan or “Blue and White”, which has the potential to unseat him on April 9.

Worse, the Israeli attorney general resolved on February 28 to indict Netanyahu for “bribery and fraud.” A poll published the following day found that two-thirds of Israelis think that Netanyahu should resign if indicted.

Netanyahu’s own opportunistic legacy is more than enough to explain his decision to reach out to Otzma Yehudit, but what is truly mind-boggling is the outrage at a political move that seems perfectly fit for Israel’s mainstream politics.

Even if Israel’s Central Election Committee resolves to bar Otzma Yehudit from participating in the upcoming elections, little will change in terms of the values and ideals the party stands for, principles that, in one way or another, also define Jewish Home, the New Right, the Likud and others.

Otzma Yehudit’s platform calls for a war against the “enemies of Israel” that must “be total, without negotiations, without concessions and without compromises.”

But isn’t this essentially the same view of Ayelet Shaked, minister of justice in Netanyahu’s coalition and now one of the leaders of the newly formed “New Right” party?

In 2014, just before Israel unleashed its most destructive war on the besieged Gaza Strip, Shaked declared the need for a total war. “Not an operation, not a slow-moving one, not low-intensity, not controlled escalation … This is a war … This is a war between two people. Who is the enemy? The Palestinian people…”

More than 2,139 Palestinians, mostly civilians, were killed in the Israeli war that followed her declaration; and over 11,000 were wounded.

Why the outrage, then, when the fringe party’s mission to “restore the sovereignty and ownership over the Temple Mount” — meaning, Al-Aqsa Mosque — is consistent with the views of most Israelis, religious and secular alike? Knesset members have made that call repeatedly, often from Al-Aqsa itself, while surrounded by scores of soldiers and armed Jewish settlers.

As for the confiscation of Palestinian land and the expansion of illegal Jewish settlements, as Otzma Yehudit advocates, that, too, is a common ideal that most Israeli political groups, spanning the Right and Left, brazenly champion.

AIPAC is not only being hypocritical to suggest that Otzma Yehudit violates the “core values that are the very foundation of the State of Israel”, it is being purposely deceptive as well.

In fact, Otzma Yehudit’s platform only reinforces the existing “core values” of Israel, the same values that AIPAC itself champions without the slightest regard for human rights, international law and the principles of true democratic values.

— Ramzy Baroud is a journalist, author and editor of Palestine Chronicle.