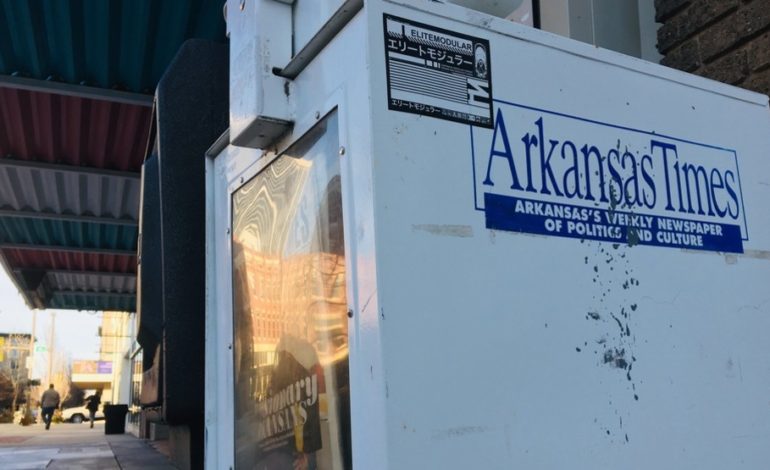 LITTLE ROCK, AR — The boycott, divestment and sanctions movement against financial entities tied to Israel has been the subject of 26 different state laws prohibiting people from joining, and Arkansas is one of them.

But now, one newspaper owner in Arkansas is suing the state over the controversial 2017 law, planning to go through an appeal after losing his initial attempt in federal court.

Alan Leveritt, the owner and publisher of Little Rock’s alternative newspaper, Arkansas Times, refused to take the anti-BDS pledge and instead joined with the ACLU to sue over the law.

The lawsuit was thrown out after a federal judge in Arkansas ruled that boycotts do not constitute protected speech, but there is a precedent for this case: the ACLU has won the fight against anti-BDS laws in other states, citing the First Amendment according to a report from VICE News.

Leveritt has been left with the choice of whether to give up, or to keep dipping into his paper’s operating expenses in order to cover ongoing legal costs.

He said he’s “not looking to be a martyr” and is willing to continue fighting as long as he can afford it while still keeping his newspaper in business.

The case has made its way to the Eighth Circuit Court of Appeals.

The Anti-BDS laws are all fairly identical, the report said, and require state contractors to sign a pledge vowing to not support the Boycott, Divestment and Sanctions movement, which is a boycott against Israeli-made products enacted because of the ongoing Israeli occupation and poor treatment of Palestinian land and people, respectively.

His biggest advertiser, a state college, said it could no longer advertise unless the Times took the pledge.

“They do not have a right to punish me for exercising my constitutional right,” Leveritt said to VICE News about the Arkansas government.

“To be silent in this instance. It’s just to be silent…we don’t take a position on this. Our job is to write about Arkansas. We’re a lot more interested in Medicaid expansion here in Arkansas than we are what’s going on in Jerusalem.”

The state of Michigan has a similar law signed by then-Governor Rick Snyder in 2017, which does not mention Israel by name, but instead mentions “individuals or a public entity of a foreign state. ”