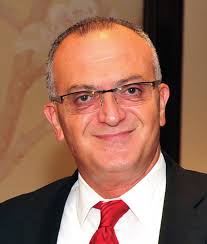 The Dearborn Board of Education has voted unanimously to name the atrium at Fordson High School, as well as the meeting room at Stout Middle School, after former Fordson Principal Sayed Imad Fadlallah.

The vote took place during a board meeting on Monday night.

Fadlallah, a passionate educator who passed away on March 14 of last year following complications from open heart surgery at age 56, had been the principal at Stout before becoming the first Arab American principal at Fordson in 2005.

Fordson is the first and largest high school in the third largest school district in Michigan.

In 1980, a young Fadlallah arrived in the U.S. with very little money and extremely limited English skills.

But with a personal story integral to Dearborn’s working class immigrant narrative, he set himself up as a role model for his six younger siblings and pursued a career in education.

Fadlallah was remembered as an educator with a passion to see his students succeed, a community leader and a philanthropist.

He was survived by his wife, Sawsan Berry, and four children, Mahmoud, Dr. Ali, Rima and Silan.

Fadlallah left behind a prolific and lasting legacy that will now be remembered for years to come at the schools in which he worked.

Wayne County Commissioner Sam Baydoun was one of several people who spoke passionately in favor of Fadlallah at the meeting, saying that he impacted thousands of students, many of whom found success in roles as doctors, lawyers, businessmen and other professions.

“These professionals are standing on the shoulders of this giant, Mr. Imad Fadlallah,” he said.

“He was a dedicated educator and I know that he always put ‘students first,’” Maleyko said in a statement to The Arab American News, saying that he had a “very positive rapport” with Fadlallah and an excellent mutual respect as administrative colleagues going back many years.

“This is a well deserved honor that provides him with the recognition for the positive impact that he has had on generations of Dearborn students,” Maleyko said.