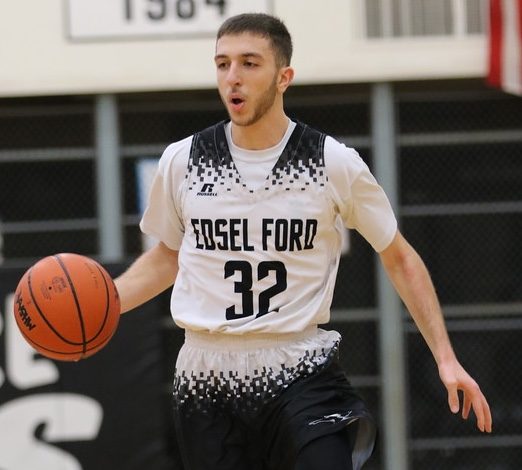 He finished his career with a few marks that are among the highest in the Michigan High School Athletic Association (MHSAA).

The boys’ Thunderbirds basketball team at Edsel Ford just completed the season with the second-most wins in school history with a 17-5 record.

He said his father’s influence and past career in basketball led him to start the sport. He emphasized the growing interest he had for the game since he was a child.

Baydoun told The AANews basketball began as a family game at the park with his father and brothers, yet the competitive nature of the game drew him closer once he realized what winning was.

“Nothing in my life has brought me more joy than this game,” he said.

During the first month of the season, Baydoun became the all-time leading scorer in school history, shattering the record made by former Major League Baseball pitcher Derek Lowe 28 years ago (1990-91). Baydoun finished his career with 1,583 points, which also broke the all-time scoring record in Dearborn Public School history. The previous record of 1,538 points was held by Ali Farhat of Dearborn High School six years ago.

Baydoun described the varsity basketball team as a tight-knit family.

“When someone falls, everyone comes to pick him up,” he said. “We’ll do anything for each other.”

The elder Baydoun, who is also a school counselor, played basketball during his high school and college careers. With his 30 years of coaching, he has seen his son and many bright players grow with the sport.

“It is never easy playing for your father,” he said. “People out in the community would remind him of my great legacy and that he had big shoes to fill. Playing for his father or playing in the shadow of his father’s great legacy only motivated him to create his own legacy.”

While he had the pleasure of coaching his son, Ibrahim Baydoun told The AANews all he wanted for Jalal was to enjoy the game.

Jalal Baydoun also has his priorities in the right place, which include his religion, family, education and basketball.

He told The AANews he owes his appreciation to his parents and four brothers. He expressed his gratitude towards his parents’ hard work and support.

“They work hard to provide for me and my brothers,” he said. “They don’t stop. They keep providing for us and they help us whenever we need it.”

Besides being a solid basketball player, Baydoun is an outstanding student with 4.35 cumulative GPA.  He takes his studies very seriously and has taken 10 college classes and six AP courses during his high school career. Additionally, he has performed more than 400 hours of community service.

Baydoun has a very intentional plan for his future. His goal is to continue playing basketball throughout his college career. Aside from athletics, he expressed his interests in pursuing radiology or becoming a school counselor like his father.

“Respect people who guide you to the path of success,” he said as he described dedication and respect as key drivers to achieving any goal.