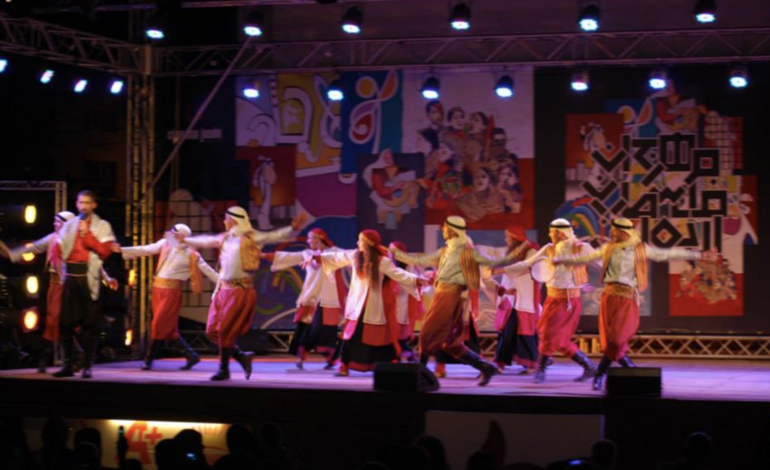 DEARBORN – The WISHAH Palestinian Dance Troupe will perform at Fordson High School on Saturday April 6 as a part of its 2019 U.S. Tour.

Established in 2003, the 20-member WISHAH Troupe uses traditional debkeh dance to tell a narrative of the Palestinian people. Stories of daily life in the occupied territories are told through colorful dances that evoke both delight and despair.

“I ask my colleagues to join me in recognizing April as National Arab American History Month,” U.S. Rep. Debbie Dingell (D-MI) said to Congress on April 13, 2018. “Their meaningful contributions to the United States are deserving of acclaim. Michigan’s 12th District contains Dearborn, which is home to the largest population of Arab Americans in the country, and it is a distinct privilege to represent this community in Congress.  Dearborn is a vibrant city that is home to people from all walks of life and backgrounds who have a common desire to foster a community in which families can thrive.  Arab American community members are attributed to meaningful and lasting positive change in Southeast Michigan.”

Traveling from Palestine, the WISHAH Troupe members have faced continuing challenges and circumstances which affect scheduling for their appearances in several U.S. cities.

Organized by the U.S. Palestinian Community Network, the WISHAH dance performances are a once-in-a-lifetime experience for Arab American and non-Arab audiences.

“The Palestinians are living under occupation,” said Mohammad Atta, founder, director and choreographer. “Palestinians are like all people all over the world. They love and they dream; they work and they smile, and they cry… and they dance. We believe that the Palestinian popular dance is not dancing only for dancing’s sake. We show and tell audiences the position of artists and civilians in the current situation of occupation.”

Tickets for the April 6 WISHAH performance may be purchased at https://wishah.eventbrite.com.