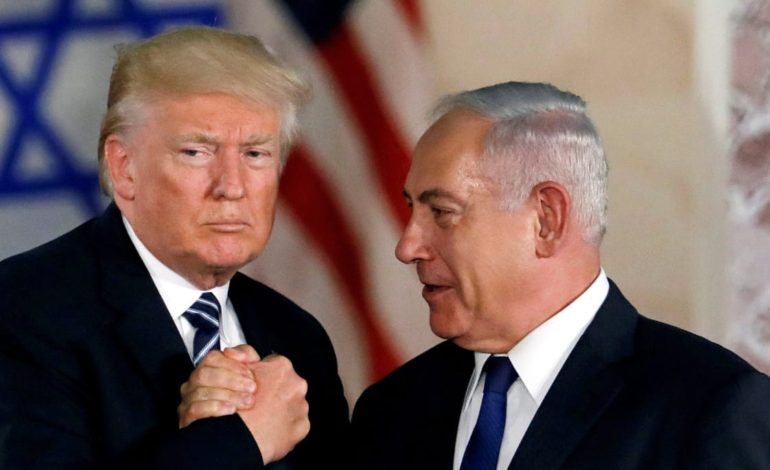 WASHINGTON, D.C. — A global backlash against President Trump has unfolded after statements by Germany and France over his tweets on Israel and the Golan Heights, Yahoo News reported.

Trump took many by surprise on Thursday, releasing the following statement in a tweet: “After 52 years it is time for the United States to fully recognize Israel’s sovereignty over the Golan Heights which is of critical strategic and security importance to the state of Israel and regional stability!”

In response to the tweet, Syria said it vowed to recover the disputed territory captured during the 1967 Six-Day War “by any means.”

Trump’s tweet marks a shift in policy since the war, but condemnation has been swift across the world.

Aside from Germany and France, Turkey, Iran and Russia all sharply criticized President Trump over his remarks.

Prime Minister Benjamin Netanyahu said that Trump’s tweet was a message to the world that America stands by Israel.

He praised Trump’s tweet and responded with a press conference and the following tweet of his own: “At a time when Iran seeks to use Syria as a platform to destroy Israel, President Trump boldly recognizes Israeli sovereignty over the Golan Heights. Thank you President Trump! @realDonaldTrump”

In Germany, a government spokeswoman said Berlin rejected unilateral steps to redraw national boundaries, adding if national borders should be changed it must be done through peaceful means between all those involved.

The French foreign ministry meanwhile said it did not recognize the Israeli annexation of the Golan Heights and said Trump’s statement was “contrary to international law.”

A rep from the EU added that the organization does not recognize Israel’s sovereignty over the territory.

According to the Syrian ministry, Trump’s statement was “irresponsible” and showed contempt for international law.

Palestine also spoke out against the tweet saying it undermined the chance for peace in the region, Yahoo reported.