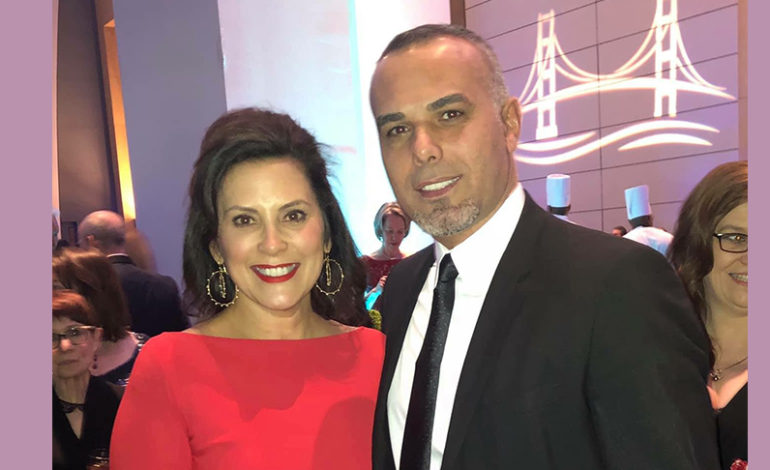 Born on September 4, 1977 in South Lebanon, Farhat immigrated to the United States with his family on January 18, 1988. He is the youngest of 10 children, five boys and five girls.

Farhat has practiced law for the past 17 years and tried cases in district, circuit and federal courts and administrative bodies. He established Farhat Law Firm in 2012, which specializes in business litigation, criminal law, family law and immigration and is currently the managing member.

He is a also an active leader in the Arab American and local communities. Helal Frahat will succeed former Judge Vonda Evans for a term expiring at noon on January 1, 2021.

Farhat is a member of the Arab American Political Action Committee (AAPAC) and sits on the board of directors of the Arab American Civil Rights League (ACRL). He is also the president of the non-profit Leaders Advancing and Helping Communities (LAHC); president of the Dearborn Bar Association; co-chair of BRIDGES, an ad hoc group of community leaders and law enforcement representatives; a board member of the Safe Substance Abuse Coalition and sat on the steering committee of the TAKE ON HATE campaign. Farhat currently serves as a magistrate in Dearborn’s 19th District Court.

Farhat told The Arab American News that he is grateful to Governor Whitmer for this appointment.

“She has proven once again that she is able to carry out her promise and vision that those who serve Michigan should reflect the diversity of this great state,” he said.
“I am also thankful to this great community for its support, both before and after this appointment,” Farhat added.
“The judiciary is the last line of defense against tyranny and injustice…and the rule of law is paramount.  Those have been my beliefs as a father, a 17-year attorney, as a magistrate, as an active member of the community and will continue to be such as I serve the citizens of Wayne County.
“I am excited and look forward to serving on the Third Circuit Court”
Farhat and his wife, Sahar, have three daughters, Layal 14, Sarina, 12, and Noor, 11.
He will succeed former Judge Vonda Evans for a term expiring at noon on January 1, 2021.
Governor Whitmer also appointed Assistant U.S. Attorney Noah P. Hood of Detroit to the Third Circuit Court. Hood succeeds former Judge Connie Marie Kelley for a term expiring on January 1, 2021.
“Helal Farhat and Noah Hood are qualified legal professionals with an abundance of experience,” Whitmer said. “I have full confidence that they will perform their duties with due diligence and respect.”