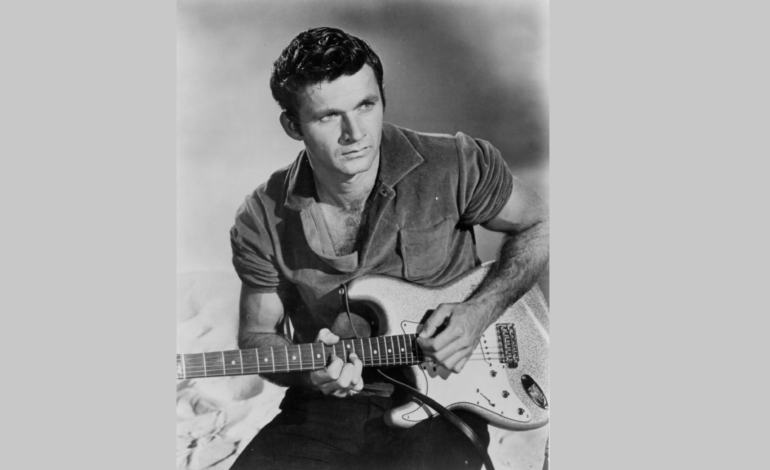 Surf guitarist and music legend Dick Dale passed away on Saturday, March 16. Born Richard Anthony Mansour to a Lebanese father and Polish American mother, Dale was diagnosed with rectal cancer in 2008. He had been battling the disease while actively touring to pay for medical bills.

Dale grew up in Boston. His family soon moved to Quincy, Massachusetts, a town with a significant Lebanese immigrant community. Dale was an imaginative virtuoso of the electric guitar. He was influenced both by both his Middle Eastern musical heritage and country-western artists of the time. He went on to inspire generations of guitar players and transform musical amplification standards worldwide.

Dale’s family moved to Southern California where his father found work as a mechanist in the aerospace industry. It was during his senior year in high school that he learned to surf. He had been an avid instrumentalist during his early childhood and took lessons playing the derbekeh and oud from his Lebanese uncle.

In an interview with NPR in 2010, Dale recalled how his uncle taught him “Misirlou”, an old song from Asia Minor, on the oud.

He would later reinterpret the song for guitar and released it as a wildly popular single in 1962.

Dale pioneered surf rock guitar with his signature staccato playing style. Many of his most well-known hits utilized Middle Eastern musical scales. He was known for playing the guitar “upside down”, since he was left-handed.

Dale also collaborated with Leo Fender to create bigger, louder amplifiers and pioneered the use of reverb for guitar. The guitar amps and cabinet systems he designed with Fender were unique in that they reached higher peak power and never-before-heard volumes. The director Quentin Tarantino featured “Misirlou” in his film “Pulp Fiction”, which gained Dale a new audience.

Dale is survived by his wife, Lana, and son, James.