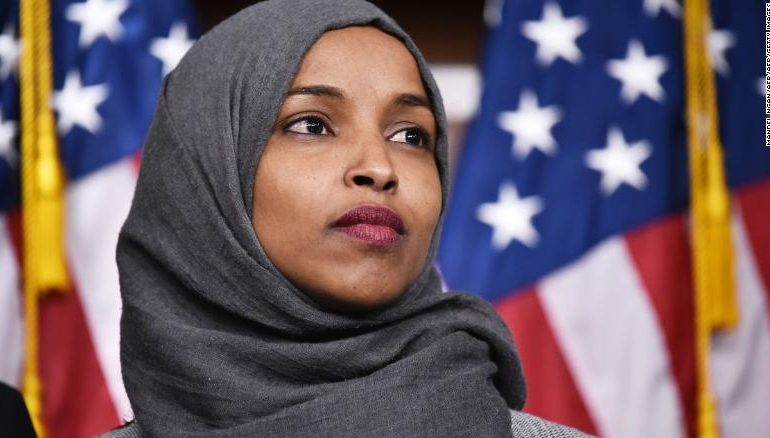 What happened to Congresswoman Ilhan Omar was troubling. On the one hand, because she dared to challenge the way supporters of Israel have worked to silence debate on U.S. policy toward the Israeli-Palestinian conflict, she became a victim of incitement and the target of legislation meant to shame her. At the same time, however, the heavy-handed tactics employed against her by some pro-Israel members of Congress backfired, exposing new fault lines in the U.S.-Israel relationship.

The weapon of choice utilized by Omar’s opponents was to demonize her as an anti-Semite. Her “sin”, it appears, was her continued umbrage over the double-standard that exists in American policy toward Israel and its treatment of Palestinians.

During Israel’s assault on Gaza, for example, she criticized the failure of the U.S. media to pierce through Israeli propaganda and see what was actually happening to Palestinians in that impoverished strip of land. Once in Congress, she was deemed to have “sinned” again when she challenged the power of AIPAC to intimidate politicians and silence debate on Israel/Palestine.

New to Washington and the “acceptable language” one should use to discuss these issues, she admitted that her word choices had been unfortunate and apologized for the pain she may have caused.

Despite her apology, she remained a target. Because she is a hijab-wearing Muslim who was critical of Israel, the GOP sought to exploit her in their continuing effort to drive a wedge between the Jewish community and Democrats. For their part, some Democrats reacted with hyperventilated outrage. Extreme language was used to denounce Omar. Her words were described as “bigoted”, “vile” and, of course, “anti-Semitic slurs.”

The entire affair came to a head when, at a town hall last week, Omar attempted to explain herself. Asked to address the controversy that had erupted over her advocacy of Palestinian rights, Omar’s colleague, Congresswoman Rashida Tlaib, spoke first noting that to her the question of Palestine is personal — her grandmother still lives in the West Bank and Congresswoman Tlaib desires that she receive equal justice and recognition of her rights to live in dignity. Reacting to what she had just heard, Omar said that she couldn’t agree with those who fight for human rights and dignity for others and yet exclude Palestinian rights and dignity. For her part, she said, the focus should be universal — leaving no one out. She then chided those in Congress who have pressed her to reject her commitment to call out Israeli abuses and ignore Palestinians rights. Because she is a Muslim, Omar said, her criticism of Israel has been automatically seen as anti-Semitic in order to silence her. Even more troubling, she noted, was that, as a result of the manufactured controversy over her words, the discussion became whether or not she was an anti-Semite while ignoring “the broader debate about what is happening in Palestine.”

At that point, Omar said that she resented those who are pushing her to demonstrate allegiance to Israel. She concluded by saying that she wanted to have this conversation about “the political influence in this country that says it’s okay to push for allegiance to a foreign country.”

The reaction to this newest “sin” was near hysteria. Without ever listening to what she actually said, some members of Congress accused her of saying that the Jews had dual-loyalty — despite the fact that she had said no such thing. They demanded that Omar be censured or removed from her committee posts. And the chairman of the Foreign Affairs Committee proposed a resolution that would have denounced anti-Semitism in a way that was clearly directed at the congresswoman.

What was disturbing about this proposed resolution was that none of “whereas” clauses included had anything to do with what Omar actually said. She never accused Jews of “dual loyalty because they support Israel”; nor did she display “prejudicial attitudes” towards Jews; nor did she ever make “mendacious, dehumanizing, demonizing or stereotypical allegations about Jews.”

What she did do was: Challenge official American, and in particular, Congressional silence on the suffering of the Palestinians; the efforts by pro-Israel groups to silence debate on this issue; and the way that some have sought to create a virtual identity being pro-Israel and American interests.

Despite the obvious falseness of their claims, Omar’s opponents in Congress plowed ahead with their proposed bill in order “to teach her a lesson.” In their remarks rebuking Omar, they unwittingly made her point. One congressman said, “Questioning support for the U.S.-Israel relationship is unacceptable.” Another said, “There are many reasons to support Israel, but there is no reason to oppose Israel.” While still another said that Democrats and Republicans, alike, are committed to insuring that the “United States and Israel stand as one.”

It is exactly this attitude to which Omar objected when she wrote, “I am told everyday that I am anti-American if I am not pro-Israel…I know what it means to be an American and no one will ever tell me otherwise…I have not said anything about the loyalty of others, but spoke about the loyalty expected of me.”

Because Omar has touched what some have come to say is “the third rail of American politics”, she was being exploited by some Republicans and hung out to dry by some Democrats. They put a target on her back. And haters were quick to respond with frightening death threats and shameful bigoted assaults on her as a Muslim woman. There is no question that these threats against Omar were the byproduct of the sustained campaign of incitement.

It’s important to note, however, that outside of the halls of Congress a different reality was unfolding. The attacks on Congresswoman Omar were rejected by many Democrats, including progressive Jewish groups, and a debate was sparked by the issues she raised and the over-reaction to them by Congress.

By week’s end, the entire effort appeared to backfire. Instead of being the “slam dunk” they expected, the proposed resolution ran into blocks. Some members objected to singling out of anti-Semitism, without also denouncing racism, sexism, xenophobia, Islamophobia, etc. Others protested that Omar was being singled out and put at risk. And a few of the more prominent Democratic presidential hopefuls (Senators Bernie Sanders, Elizabeth Warren, and Kamala Harris) insisted that charges of anti-Semitism should not be used to silence debate on Israeli policy.

By week’s end, Congress passed a resolution denouncing all forms of hate or intolerance against any religious, ethnic or religious community. Since it made mention of Omar, it was clearly a loss for those who began the push to shame or punish her

Two final points must be made:

Firstly, Representative Omar is owed an apology. False charges and a manufactured crisis have sullied her name and put her at risk.

And secondly, it is clear that Omar’s courage has helped to open a door enabling a discussion of Israeli policy and the U.S.-Israel relationship. While her opponents attempted to slam it shut, it seems that their behavior and incitement against her backfired stirring a debate that has helped to pry the door even further open.