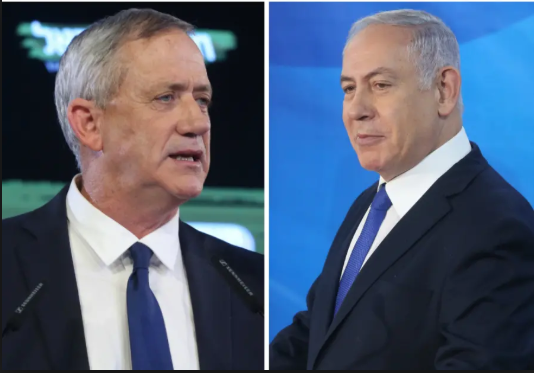 TEL AVIV — Despite legal trouble and after a tight race, Benjamin Netanyahu will continue to be Israel’s prime minister.

He will now be able to form a governing coalition able to withstand a bribery indictment by Attorney-General Avichai Mandelblit, according to the results of the April 9 elections, with 98 percent of the vote counted.

Both Netanyahu, leader of the Likud Party, and his opponent, Blue and White Party leader Benny Gantz, declared victory after inconclusive exit polls were broadcast on the three Israeli networks before the final verdict came out.

In a final effort to save his political career, Netanyahu promised that if he won the elections, there would be an annexation of settlements in the West Bank; bad news for Palestinians living in the West Bank.

Netanyahu claimed victory because his Right-Center bloc won handily over Gantz’s Center-Left bloc in polls broadcast on Channel 13 and KAN, 66 to 54 and 64 to 56, respectively. In Channel 12’s poll, the blocs were even at 60 seats.

“The right-wing bloc led by Likud clearly won,” Netanyahu said. “I thank Israeli citizens for their trust. I will begin forming a right-wing government with our natural partners already tonight.”

Mandelblit indicted Netanyahu pending a hearing on February 28, details of the indictment that were not permitted to be released during the election could be leaked as early as Wednesday. The hearing is expected to take place in July and the decision on the final indictment some six months later.