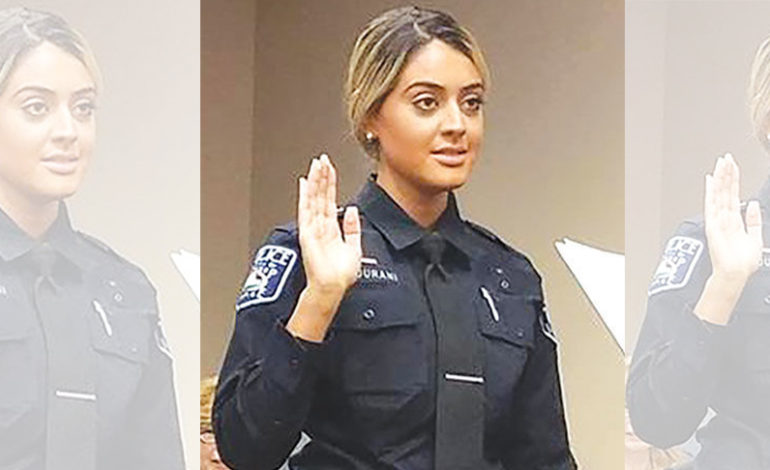 “It’s an exciting day for the Police Department and for the city of Lathrup Village,” Police Chief Scott McKee said at the meeting. “We have two full-time officers starting today. Officer Elhourani will be our 10th full-time officer. At one point there were 12 of us, but we’re slowly building back up to that.”

Elhourani, 21, graduated from the police academy recently and is fluent in Arabic. She will now become just the second woman to join the police force according to the Southfield Sun newspaper. “I just wanted to say thank you so much for this opportunity,” Elhourani said. “I wouldn’t have chosen another department besides Lathrup, so thank you.”

Mayor Kelly Garrett said she is proud of the Village’s growing diversity in a statement.

“These additions to the police force add a fascinating layer to the city’s overall cultural mosaic,” Garrett said. “[Elhourani] is a highly trained, educated and confident young professional who brings a wealth of experience from a new and different perspective. And [Tackett] has such a broad range of investigative experience that it will only enhance what we already do. But bottom line, what impresses me most about both officers is their compassion for people and their desire to render high-quality law enforcement services to Lathrup Village.”